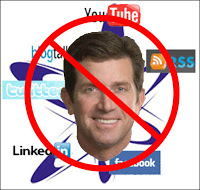 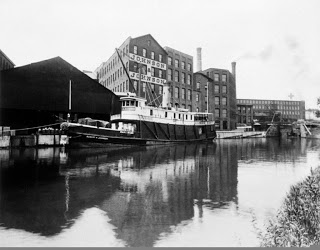 Johnson and Johnson is acting more and more like an “old school,” mill town Big Pharma company — like the circa 1900 photo shown on left that was featured recently on the JNJBTW Blog — instead of a warm & fuzzy, mommy-friendly consumer goods company, which is how it prefers to be known.

As revealed by Pharmalot (here), the United States has “respectfully” sent a memo to J&J in “support of its motion to compel the deposition… of Alex Gorsky, who recently became the Chief Executive Officer of J&J, but was the Vice President of Sales and Marketing and then President of J&J’s Janssen unit during the late 1990s and early 2000s, the time period covered by the United States’ Complaint.”

The “complaint,” reports Pharmalot, concerns a “whistleblower lawsuit, which was joined by the US government, that charges Omnicare [nursing home pharmacy] received kickbacks – in the form of rebates, educational grants and payments for marketing data – so the Risperdal antipsychotic would be prescribed more often. The lawsuit also alleged J&J’s Janssen unit hid the payments from Medicaid to avoid reporting a ‘best price’ that would have triggered rebates to the agency.”

“The feds contend that, unlike the lawyers who had difficulty recalling certain key details and interactions [when they were deposed], Gorksy should know a thing or two,” reports Pharmalot. “J&J argues that Gorsky ‘has no reasonable connection to the subject matter of the government’s complaint and was not involved in the facts underlying this case.’ But the feds point out that he was the go-to guy when it came to Omnicare and Risperdal, and no one else possesses the same level of knowledge.”

This is reminiscent of the time that Colleen A. Goggins, Worldwide Chairman, Consumer Group, Johnson & Johnson, was sent to testify in place of Bill Weldon, JNJ’s CEO at the time, who declined to attend due to medical problems (see “JNJ’s CEO Weldon May Send Underling to Congress. The Aching Back Excuse“). Afterward, Goggins left J&J, probably with a nice severance package. It’s good to be the Minion!

Like Weldon, Gorsky will likely be a no-show and send his own minion instead.

Eventually, Weldon did confront Congress and he even wrote a blog post as a mea culpa. Given Gorsky’s reaction to this whistleblower lawsuit and his apparent culpability, it is not likely that he will do what Weldon did or take my advice (see here) and “Start Tweeting, Blogging, and YouTubing.” J&J goes back to “old school” communications, circa 1999.

FDA Study is Designed to Justify a New BadAd Program for...