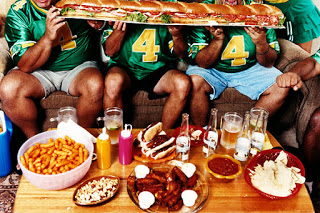 Yesterday, on my way to the NJ Turnpike, I passed by the BMS R&D facilities in Hopewell, NJ and noticed a sign announcing that Novo Nordisk will build a site directly across the road from BMS. I couldn’t help commenting to Mrs. Pharmaguy, who prefers the Route 1 path to the NJT, that “diabetes has been very good to Novo” because it seems to be growing rapidly. Not too long ago Novo built a new mega site on the Route 1 path to NJT. Gone are the days when Novo had only a smallish U.S. presence (and building) further south on Route 1 near Princeton.

So, it seems Novo is betting big on the U.S. diabetes market and well it should. As we all know from recent reports, currently 26 million people in the U.S. have diabetes and about a quarter of them do not know it (see this infographic) and by 2020 it is estimated that nearly half of U.S. adults will suffer from diabetes (I didn’t just pull that factoid of my you-know-what; see here).

Most of those cases will be diabetes type 2 for which Novo has treatments. To promote its diabetes franchise, Novo has hired celebrities of questionable cache such as Paula Deen (see “Novo Nordisk Defends Choice of Paula Deen Over Anthony Bourdain (for example) as Celebrity Chef Spokesperson“).

Lately, it seems that Novo is focused on athlete celebrities. Novo Nordisk in Europe, for example, recently launched an all-diabetes professional cycling team to compete as part of “Team Novo Nordisk” (see “Team Novo Nordisk: Insulin ‘Doping’ Difficult to Prove“). With Lance Armstrong’s “fall from grace,” however, cycling is now again an EU sport with little hope of reaching as wide a U.S. audience as before. 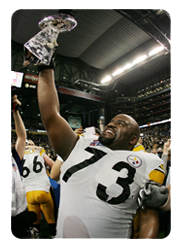 Novo U.S. has open-wheel racecar driver Charlie Kimball as a U.S. sports celebrity spokesperson (see here). Open-wheel racing, however, is not as popular as NASCAR racing in the U.S. Also, Kimball is a type 1 diabetic.

So, it’s no wonder that Novo U.S. has launched yet another diabetes campaign featuring a sports “celebrity” with a little more “oomph” in the U.S. sports scene and focuing on type 2 diabetes. That celebrity is two-time NFL Super Bowl Champion and NovoLog® patient Kendall Simmons (see “Novo Nordisk Launches New Program To Recognize People With Type 2 Diabetes Who Give Back To Their Communities”; see here). Simmons will “encourage people to get involved” in the first NovoLog® Community Star contest.

Which leads me to ask: Will Novo air a commercial for the NovoLog® Community Star contest during this year’s Super Bowl? “There are so many big companies with ads featuring big name stars debuting during Super Bowl XLVII that it can all get a bit confusing,” says the author of a Super Bowl ad preview list (find that list here).

Novo is not on the list just cited, but that doesn’t mean it won’t run a commercial sometime during, before, or after the Super Bowl. What better audience to reach out to about type 2 diabetes than the “typical” NFL fan and Super Bowl watcher who is gorging him or herself on sugary and high calorie snacks while sitting on the couch watching the game?

On one hand, if Novo does NOT run an ad during the game, it will miss the best possible opportunity this year to raise awareness about type 2 diabetes to the largest U.S (and worldwide) TV audience ever! On the other hand, Novo may agree with former Pfizer exec John LaMattina that TV advertising is bad and should be “dropped” (see here). But LaMattina is/was an R&D guy, not a marketing guy.

Also, TV ads — especially Super Bowl TV ads — are very expensive and will probably not be well-received by the public IF it shilled an Rx product. Some currently-employed pharma execs are worried bout the cost and negative effects of pharma marketing and, like Novartis Chief Joseph Jimenez, they suggest that pharma should “spend less money on sales & marketing” (see here). However, even Jimenez might not piss on “disease awareness” marketing, especially in the area of diabetes for which Novartis also has treatments and celebrity spokespersons (see here).

Addendum: I received a comment via email from Sarah Spielvogel, Novo Nordisk Product Communications Manager, who said: “you will not be seeing us during half-time next Sunday.” That still leaves upon the possibility that Novo will air a commercial in a less expensive Super Bowl slot such as during the pre-game show or during the first or second half of the game. I’ll have to record/watch the whole thing to find out!

Report from CBI’s eMarketing Forum: Preaching to the Choir