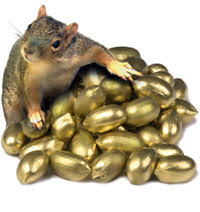 The advertising industry is worried that it will “foot the bill” for President-elect Barack Obama’s huge stimulus plan and huge budget deficit, according to an article in AdvertisingAge (see “Why the Ad Industry Shouldn’t Foot the Bill for Big-Biz Bailout“).

“How much the ad industry will be asked to foot the bill in the form of possible restrictions on the tax deductibility of ad expenditures is an open question right now,” says AdAge, “but ‘the advertising industry does need to be out front to let folks on Capitol Hill know, and the new administration know, the value that we add to the economy.'”

That’s the view of James Edmond Datri, the new president-CEO of the American Advertising Federation, who contends that the role of advertising in our economy isn’t “nearly as understood as it should be.”

In fact, Datri believes that advertising is a “Big Part of the Solution” to get us out of this mess.

I know…you just can’t wait to learn how. But, first, let’s focus on the drug industry.

Rahm Emanuel, president-elect Obama’s new Chief of Staff, warned advertising industry leaders that the business-tax deduction for DTC spending could be taken away in 2009 tax legislation.

In my “The Future of Rx DTC Advertising” survey, I asked respondents if this deduction be should be eliminated. So far 38% responded “Definitely Yes!” and another 30% said “Maybe. It depends.” You can still take this survey here and give me your opinion in this.

Datri agrees: “If you touch deductibility, you’re going to harm every other segment in this economy.” That essentially is his argument about how advertising is part of the solution, not the problem.

But drug companies are BIG BUSINESSES. And, as the industry always says, Rx drugs are not like packaged goods, tootpaste, and such “safe” products. “But surely he [Datri} can see the value of limiting advertising’s right to free speech in the case of products that could prove harmful to your health?” said the author of the AdAge article. he was, of course, referring to Rx drugs.

Here’s a section of the article that concerns drug advertising:

“Michael Lee of the International Advertising Association believes it makes sense to relate potentially dangerous (but legal) products to the role of responsible communications. He said, “We cannot be as simplistic as we used to be — and where we also took a blanket approach to the notion ‘if something is legal to sell, it should be legal to advertise.’ We have to fast-forward now to current demands and conditions.”

“I am of the view that prescription-drug marketers should be very wary about advertising a new product to consumers before potentially dangerous side effects become known. [my emphasis] Jim’s position is that commercial speech is “the last thing the heavy hand of government should be involved in.” There are other remedies, he said, such as making sure the product is safe before it’s introduced.

“He acknowledged that the “slippery slope” argument — giving in to one thing leads to other concessions — influences his thinking. But he added that since government is “always anxious to place limitations on commercial speech,” the ad industry should be very reluctant to give bureaucrats any ammunition to interfere.”

Now I understand better why certain drug company CEOs have been dissin’ DTC (see “Wolf(e) at DTC Piggy’s Door Huffing and Puffing“). It’s not just to head off righteous anti-DTC crusaders like Sydney Wolfe. It’s also about saving the tax deduction for DTC advertising and maybe saving professional drug advertising from falling under the same umbrella as far as tax deductions are concerned. Keep in mind that drug companies spend about 4 times as much money promoting drugs to doctors as they do to consumers (if you include sales reps and sample).

Of course, it is ludicrous to believe that taxing ALL advertising would cover the bailout nut of a $1 trillion! What’s the total advertising spend in the US anyway? Maybe $150 billion? The most tax revenue that can be gotten from that would be about $40 billion. Hmmm…$40 billion here, $40 billion there…pretty soon we’re close…nah! Never happen! You’d have to find 25 other huge tax loopholes to cover a $1 trillion nut!