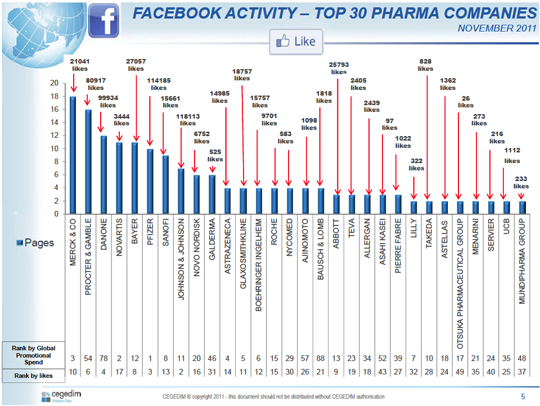 Novartis, the Swiss multinational that ranks second in traditional promotional spending, is somewhat behind Pfizer, in seventeenth position for Likes on Facebook, and fifth position on Twitter for the number of followers. 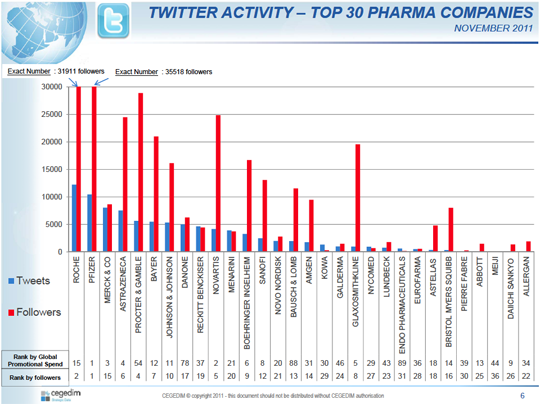 CSD will continue to track the use of social media. Linked with CSD’s traditional Promotion Audits, this research can provide valuable benchmarking metrics in measuring the industry’s use of diverse marketing channels. Results will be available alongside use of other digital promotional channels, including e-detailing, email and e-meetings, which are reported continuously at company, brand and physician level in our global Promotion audit.

Questions/Topics To Be Discussed

Christopher Wooden has been working in health care for over 20 years. In 1998 Christopher joined the CAM Group (acquired by Cegedim in 2003) and since then has been responsible for the international expansion and development of what is now CSD Promotion. Working closely with global brand teams in the USA, Europe, Japan and APAC, Christopher has helped the leading life science companies leverage the rich source of promotional metrics collected from CSD Promotion audits in over 30 countries.

With the creation of Cegedim Strategic Data in 2005, Christopher was responsible for the set-up and launch of CSD India. As Vice President of Global Sales he directs global account managers, new product development and the marketing of all CSD studies including longitudinal patient data and medical research.

Christopher is based in London. He studied linguistics and advertising at the State University of New York, Binghamton and International Marketing at the American University of Paris.