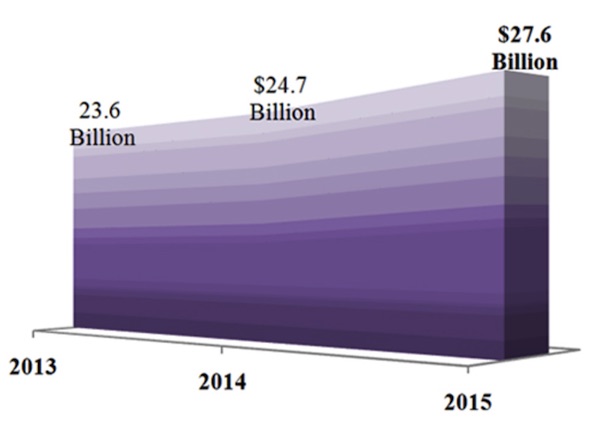 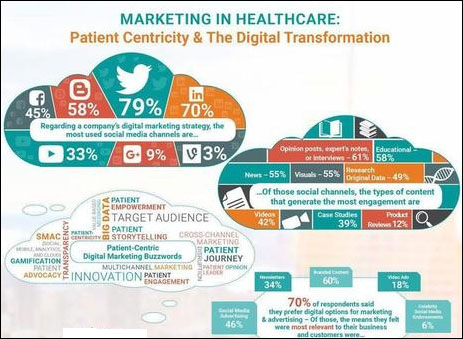 The infographic summarizes results of a survey of digital healthcare marketers by IIR USA.
Access the full-size infographic here.

UCB opened up the data on specialty care and newer anti-epileptic therapies and collaborated to issue independently peer-reviewed literature documenting the health benefits of a comprehensive up-to-date approach to manage this condition. They then worked with local advocacy groups to share this knowledge along with transparent evaluations tracking the individual state performance on health outcomes. Armed with this information, patients were given the tools to challenge under-performing institutions and demand patient-centric change.
Listen to the podcast here. 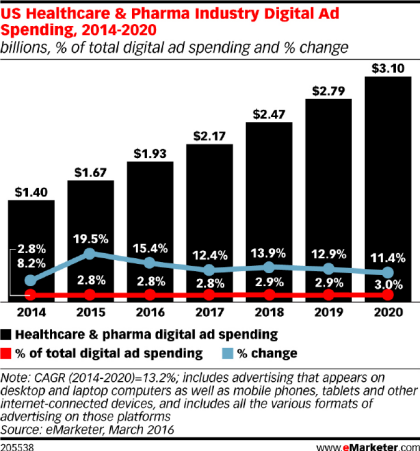 Over the years I have tried to determine what portion of pharma’s total marketing budget is devoted to digital and if that portion is increasing (see here, for example). Various sources look at various channels and it’s not easy to compare one source with another. Even data from the same source may not compare apples to apples.

Last month, for example, one pharma trade publication claimed that data from the Interactive Advertising Bureau showed that the pharma industry’s digital ad spending in 2015 was “about $3 billion.” But the data really applied to “Pharma and Healthcare,” which includes “personal care, toiletries, and cosmetic products”, etc. Since the latter product categories may be responsible for 50% of the $3 billion, I estimated the pharma Rx drug-specific digital ad spending was more like $1.5 billion, excluding search advertising (see “Did Pharma Really Spend $3 Billion on Internet Advertising in 2015?”).

I just came across some data from eMarketer, which seems to verify my estimate. But what forms of advertising are actually included in eMarketer’s estimate?
More here.

No More Black Triangle for Chantix in EU. Will #FDA Follow Suit Re: Black Box?

European regulators have lifted a warning on Pfizer’s smoking cessation drug Champix – called Chantix in the United States – after a clinical study concluded it did not appear to increase the risk of neuropsychiatric side effects.

Pfizer’s medicine, which has been prescribed to millions of patients around the world, also carries a “black box” warning in the United States relating to neuropsychiatric adverse events.

A Pfizer spokesman said the company was awaiting feedback from the U.S. Food and Drug Administration on the matter.
More here.

Vaccines Are Path to Better Revenue Growth for Some Pharma Companies

The revenue growth opportunity in vaccines looks far more promising when compared to the overall market for pharmaceuticals. Revenues earned by vaccines manufacturers worldwide reached $27.6 billion in 2015 according to Kalorama Information, up 11% from $24.7 billion in 2014, as sales in all segments expanded. This is, by Kalorama’s estimate, at least five to ten times the revenue growth rate of the overall pharmaceutical market in recent years. The world vaccines market is predicted to increase at a compound annual rate of 7.6% during 2013 – 2022, reaching $45.1 billion in 2022 as new product introductions continue and usage of current products expands further.

Which companies dominate the world market for vaccines?
Find out here.