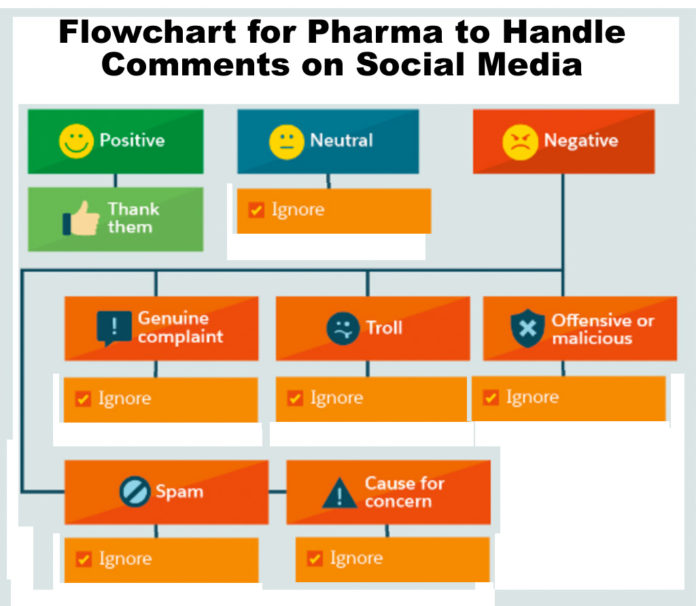 New data released by the Centers for Disease Control and Prevention (CDC) this month showed that Americans’ life expectancy fell from 2014 to 2015, from 78.9 years to 78.8 years.

As the new CDC data show, drugs, alcohol, and suicide accounted for only about 30 percent of the overall rise in mortality from 2014 to 2015.1 Death rates also rose for eight of the top 10 causes of death—including heart disease, America’s number-one killer. “Deaths by despair” simply aren’t enough to tell the whole story.

New Cancer Drugs Have Limited Efficacy Extending Survival by Only 3.5 Months on Average 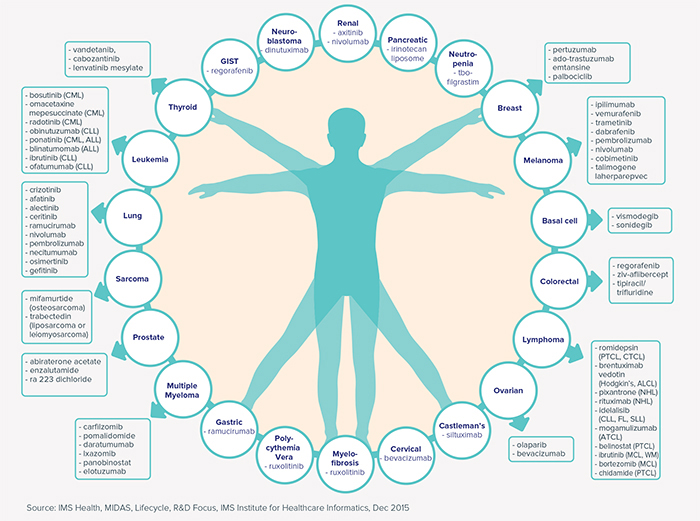 Drugs recently approved around the world to fight cancer increased patients’ overall survival, but benefits vary depending on the drug, a new study shows. Researchers looked at the 62 cancer drugs approved in the U.S. and Europe between 2003 and 2013 and found they extended survival by an average of about 3.5 months.

GSK Propels Ahead by Targeting COPD Adherence with IoT Inhaler

Trial participants will use inhalers with clip-on sensors, which the firm hopes will provide real-time data that can be used to improve the patient experience. Using Bluetooth to relay insights to GSK’s trial database, the sensor tracks how often patients take their medication and documents any obstructions that prevent patients from using the inhaler.

GSK first teamed up with digital company Propeller Health in 2015 to develop the sensor, which was approved by the FDA as a companion device for its Ellipta treatment in November last year.

The company hopes that remote monitoring will encourage people with asthma and chronic obstructive pulmonary disease (COPD) to get more involved in self-managing their condition, with real-time data enabling greater flexibility in meeting with medical professionals.
More here… 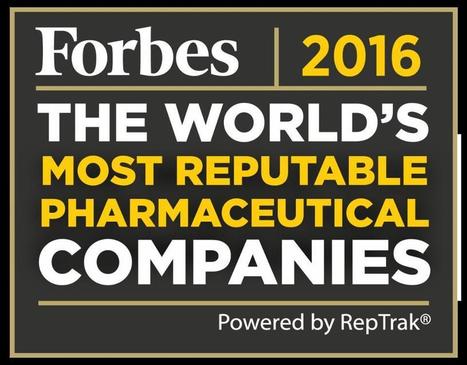 The World’s Most Reputable Pharmaceutical Companies In 2016

Recently a survey was published scoring exactly how good people in developed countries all over the world feel about big pharma.

Be warned: 12% of respondents did not have knowledge or opinion about the companies’ overall performance. Meanwhile, 11% had no knowledge of companies’ citizenship activities (promoting good causes and protecting the environment) and 14% didn’t know anything about the workplaces of the firms they were asked to score.

Flowchart: How Pharma Can Handle Every Type of Comment on Social Media 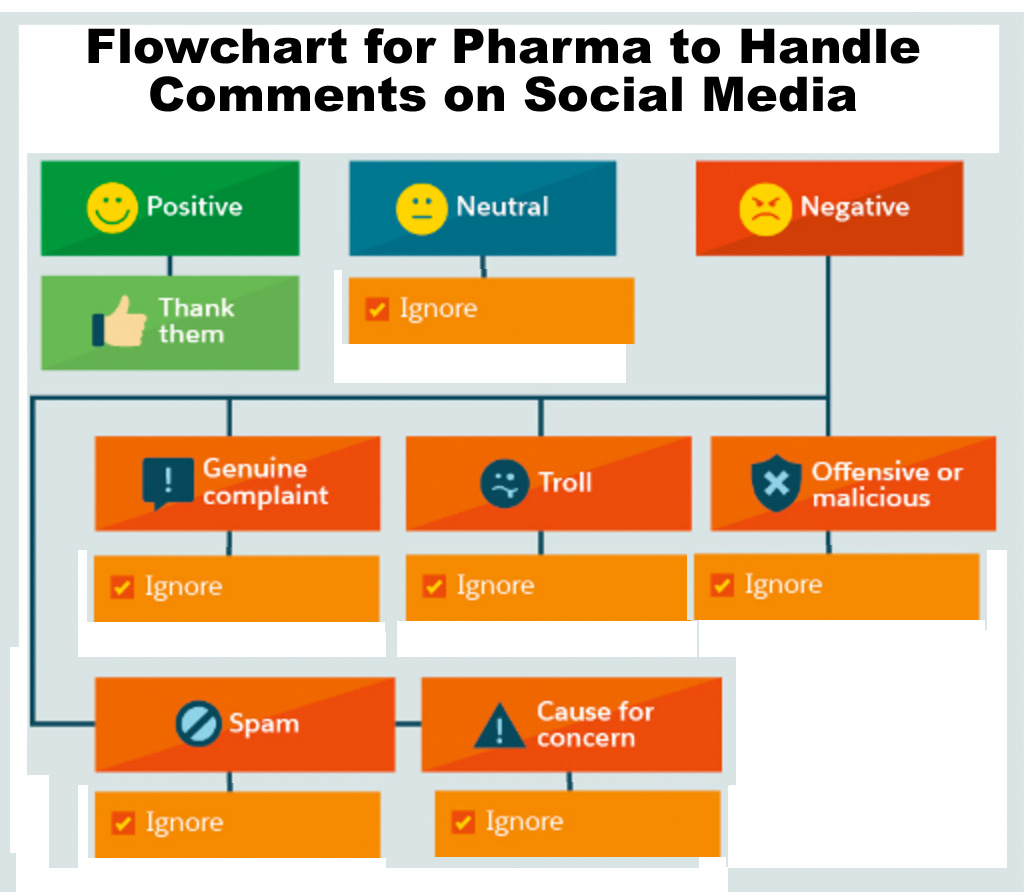 For most — not all — pharma companies, engaging people via social media is a problem, which I have often written about. Actually, it’s several problems: (1) regulatory issues, (2) side effect reporting issues, (3) off-label promotion issues, but, most importantly, IMHO, (4) resource issues. Therefore, most — not all — pharma companies have a simplified flowchart for dealing with positive, negative or neutral comments on social media, which probably looks like the one shown here.

Some drug companies, however, follow some of the recommendations set forth in the original flowchart, which was the inspiration for the “tongue-in-cheek” version shown here.

Find out how these companies deal with positive, negative or neutral comments on social media here…