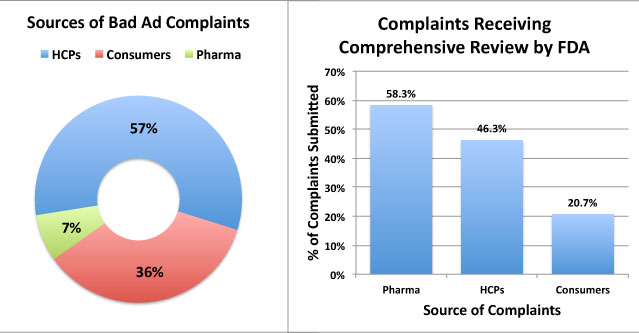 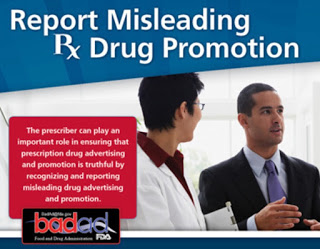 A closer examination of the proposal, however, suggests that the real goal is to promote the Agency’s BadAd program and open it up to consumers.

The Bad Ad Program is administered by the agency’s Office of Prescription Drug Promotion (OPDP) in the Center for Drug Evaluation and Research. The program’s goal is to help raise awareness among healthcare providers about misleading prescription drug promotion and provide them with an easy way to report this activity to the agency.

There have been several cases where the FDA sent out warning letters based on notices it received from the BadAd program (read, for example, “OMG. Kim Kardashian Shills for Pharma! No Worry – No Side Effects!”).

According to a STATnews article, “Awareness [of the BadAd program] is low, however, according to a study published in 2015 in the Journal of Health Care Communications, which surveyed doctors, nurses and physician assistants who provide ambulatory care.

“The notice for the newest studies suggested the agency may consider creating such a program to prompt consumers to also report deceptive ads.”

I was quoted in the article, saying “It’s possible the Bad Ad program doesn’t go far enough and the FDA is looking to crowd source in order to use the power of consumers to help monitor industry advertising…It smells like they’re trying to gather data to decide whether to create another program.”

FDA receives complaints from three sources: Healthcare Professionals (HCPs), Consumers, and “representatives of regulated industry” (i.e., pharma companies ratting out their competitors). About one-third of complaints (116 out of 328; ) were submitted by consumers, but the FDA deemed that only 21% of these were “worthy” for “comprehensive review,” according to a Bad Ad Program 2010-2011 Year End Report (the only one available with data). 58% of industry complaints were deemed worthy, whereas 46% of HCP complaints made the cut (see chart below).

FDA offered no insights in how it deems reports worthy for comprehensive review. The studies mentioned above may have been designed to justify why 79% of consumer complaints are ignored. It could be that consumers are as skillful as HCPs in recognizing deceptive drug promotions.

The 2011-2012 BadAd Year End Report is the last one available, which suggests that FDA’s efforts to “expand [its] Bad Ad efforts with the goal of creating a culture of awareness and knowledge of misleading prescription drug promotion and how to report suspected violations” has not been effective to date.

Most likely, fewer and fewer physicians are responding, which is not surprising given the antiquated methods required to report a problem (read, for example, “FDA’s BadAd CE Program: There Should Be An App for This!“).

Although consumer complaints may not be as reliable as those from HCPs, FDA could use the crowdsource power of engaged “ePatients” to gather many more worthy reports of deceptive drug ads. FDA recognizes that most consumers use the Internet to research drugs. That is why the proposed studies cited above will use mock pharmaceutical Web sites targeted toward physicians and consumers. I think the physician arm of the study is the control group against which the consumer results will be evaluated. That will give the FDA the information it needs to determine if a consumer-focused/crowdsourced version of the BadAd program is warranted or not, IMHO.