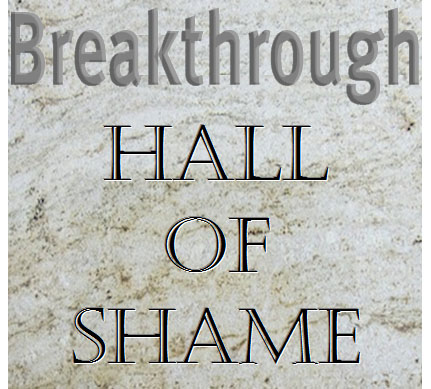 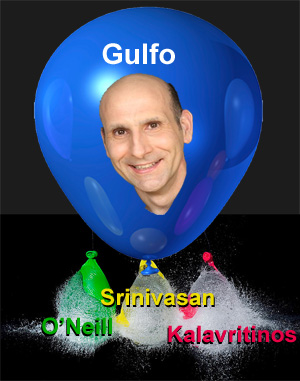 Two weeks ago Dr. Joseph Gulfo ran a panel at the Biotech Showcase in San Francisco titled, “The Trump Administration: What to expect from the FDA.” He left out one key detail: he may end up running the place.

In one article last month, he suggested that Congress must stop humiliating the FDA at hearings. That just makes regulators defensive and more inclined to protect the status quo. “We need to show the FDA love, and support FDA staff in doing their jobs and in the decisions they make,” he wrote.

He also wrote that FDA should adopt four categories of drug approval, which he says would better follow the intent of the law than the current system. For instance, he believes the FDA should grant approval of some medicines even if they haven’t shown that they change patients’ health outcomes in the long term. Instead, he writes, the FDA should consider whether the drugs lead to positive trends in biological parameters associated with the disease, such as glucose levels. 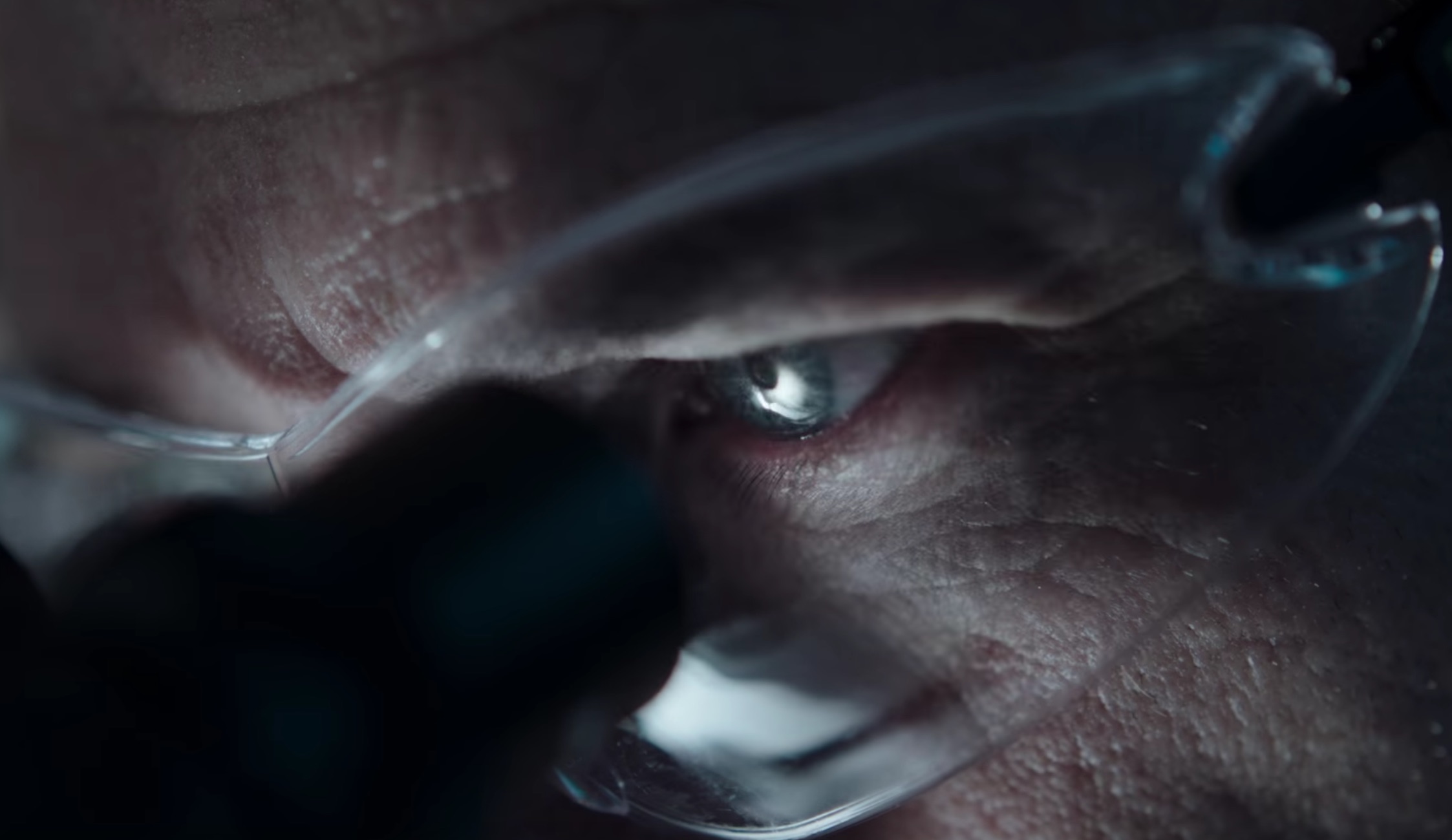 The pharmaceutical industry is “going on offense” with its biggest ever multiyear ad campaign, meant to focus on the industry’s scientific advances and shift the focus away from “bad actors” that have drawn scrutiny for jacking up the prices of existing drugs.

The Pharmaceutical Research and Manufacturers of America campaign, called Go Boldly, launched Monday with a 60-second TV ad (see it here: “PhRMA PR Goes Poetic and Darkly, Not Gently Into the Post-Obama Night“) which touts the research that spurs new medical treatments in laboratories.

“Finding lifesaving medicines is a life’s work – the work of 140,000 researchers who never say never,” says PhRMA in a new PR video (read ). “As well as the millions of patients who fight side by side with researchers in the battle for life, against whatever odds they face together. Now is the time to put the accelerator to the floor. The best is yet to come…” 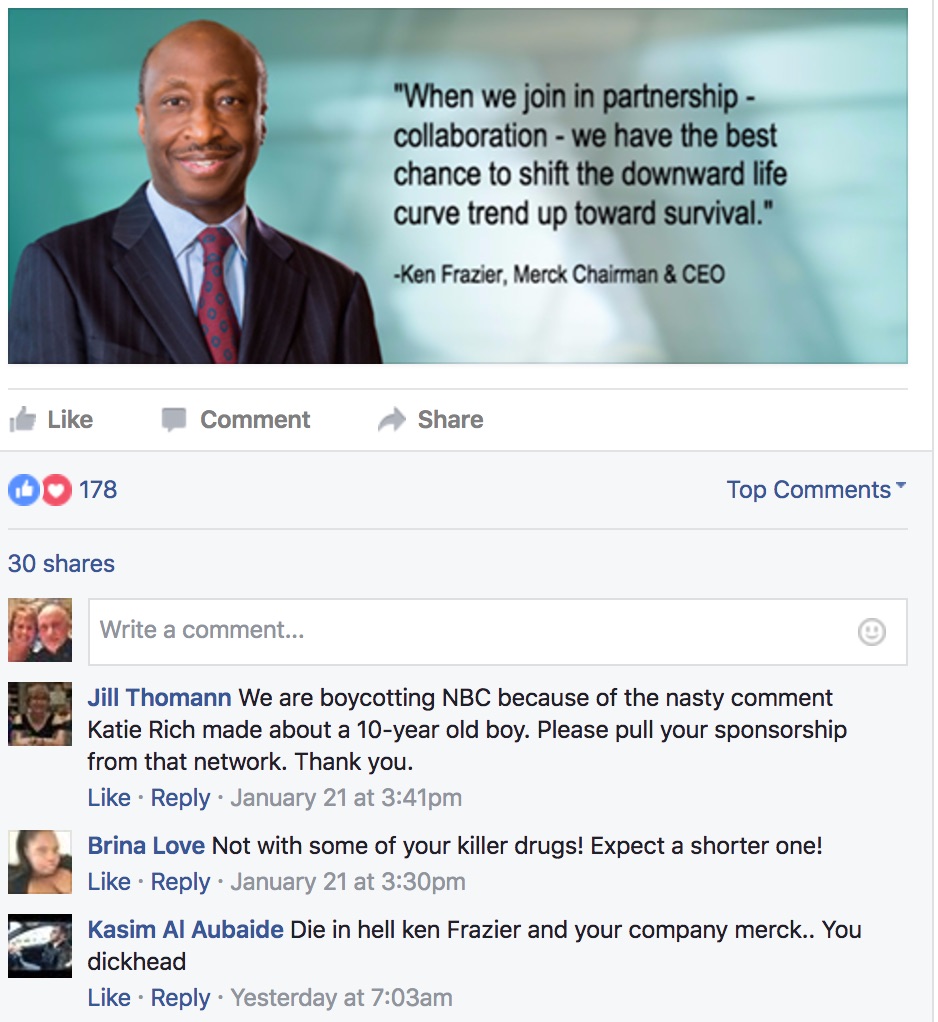 On January 23, 2017, there were a few nasty comments posted by Merck’s Facebook followers regarding inspirational words from CEO Ken Frazier on reaching the goal of longer life expectancy. These posts violated Merck’s “Commenting Guidelines,” which prohibit posts that are “inappropriate,” uses “profanity,” or are “defamatory.”

Obviously, no one was keeping a close eye on comments submitted to Merck’s Corporate Facebook page.

After this was pointed out by PharmaGuy, the comments are no longer available on the site as of 24 January, 2017.
More here…

Some on the libertarian side have said they want to simply toss out the gold standard on efficacy and safety altogether, excoriating the old rules of market engagement (read, for example, “Why Donald Trump’s Putative FDA Pick Should Scare Pharma & Patients“).

That toxic argument raises some important questions about each stage of drug development. And there’s a new report out from the FDA that covers just what you can miss if you cut Phase III out altogether.

The authors raised some important and timely questions with their review of 22 case studies – you could also call them cautionary tales – of drugs that fell notoriously short of the regulatory mark. And they include a batch of potentially dangerous therapies that made it through Phase II looking like solid additions to the nation’s pharmacopeia.
Find out which drugs are in the Breakthrough Hall of Shame here…