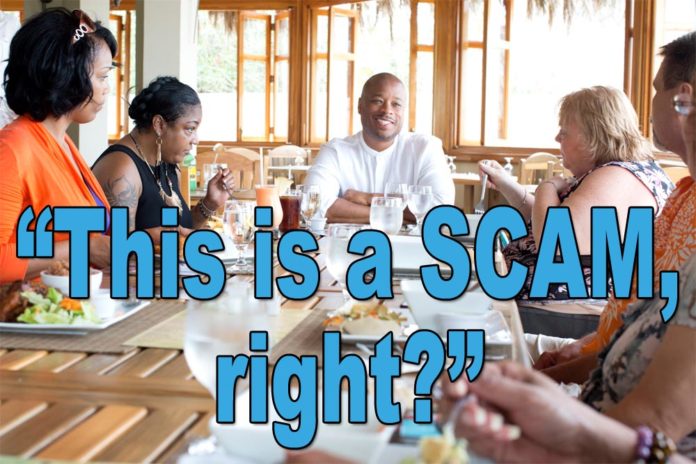 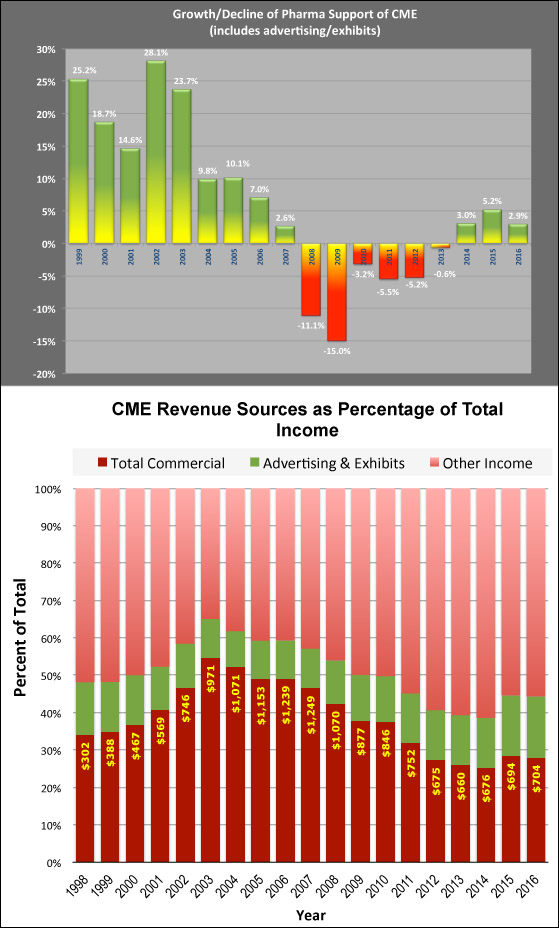 [From www.mmm-online.com] The pharmaceutical industry spent more on accredited continuing medical education in 2016 than it did in 2015, with spending hitting $704 million last year, up from $693 million in 2015 – a 1.5% increase.

Note: If you include advertising and exhibit income – almost all of which is paid by pharma – then the year-over-year increase is more like 2.9%.

In 2016, about one-quarter – 28% – of all CME investment came from the phama industry, according to an annual report from the Accreditation Council for Continuing Medical Education (ACCME).

Investment in CME from advertising and exhibits also increased modestly, by 3% over the same year-over-year period, CME providers reported.

Overall investment in CME programs increased slightly to $2.5 billion in 2016, up from $2.4 billion in 2015, and the number of CME events also rose in 2016 by 7%. More than half, or 54%, of all revenue generated by CME programs came from registration fees.

@pharmaguy commented: “At its height in 2003, pharma support of CME totaled $971 million. Today, pharma’s support is only 73% of what it was back then. Unless the increase in support picks up dramatically, it may be a very long time before we see numbers like those in 2003.“

What’s the Best Way for Pharma to Sponsor CME? Tell Us Your Opinion.

Please take 2 minutes to answer a few short questions relating to industry sponsorship of FREE, ACCME accredited continuing medical education (CME) for physicians. Take the “What’s the Best Way for Pharma to Sponsor CME? Survey” to provide your opinion on various scenarios for pharma to support CME with minimal bias. 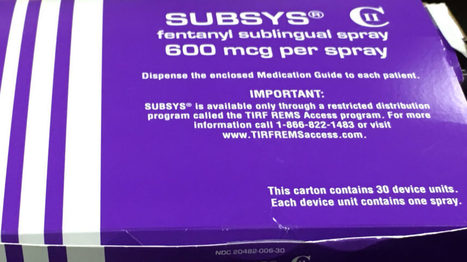 Former Insys Sales Reps Guilty: Bribed Docs To Prescribe Opioids To As Many Patients as Possible

[From www.statnews.com] Two former sales reps pleaded guilty on Tuesday to bribing doctors in exchange for prescribing the powerful Subsys painkiller sold by Insys Therapeutics, which is under numerous investigations by state and federal authorities for its role in the opioid epidemic.

In both instances, the sales reps pleaded guilty to violating the federal anti-kickback law for participating in a speaker program that prosecutors say was used to reward doctors and other medical practitioners for prescribing Subsys, which contains fentanyl and carries a high risk of dependency.

Federal authorities maintained the primary purpose was to induce doctors to write prescriptions for as many patients as possible. The drug was approved only to treat people suffering breakthrough cancer pain.

Alex Birch, Associate Scientist at Pfizer, commented: “As sad and grossly unethical as this is, should we really be surprised that this has happened? Based upon my admittedly limited knowledge of sales and doctor’s practices, I fear there may be many more cases of opioid bribe-to-prescribe.“

The Reality of a Diabetes Reality Show 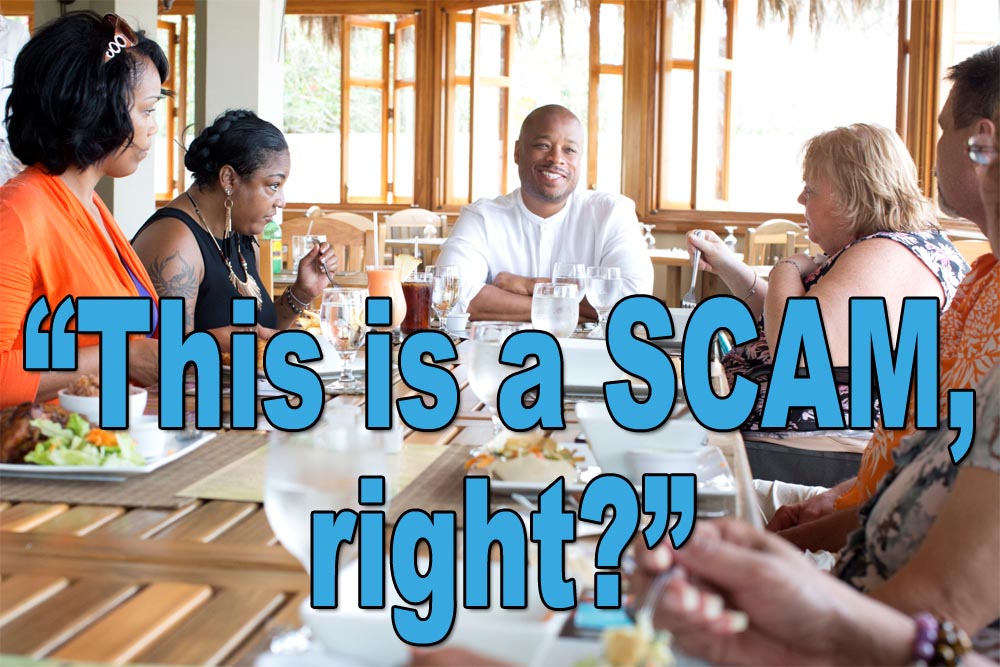 It’s a Vehicle for Proselytizing a Self-help Scam, a Last-Ditch Marketing Gambit, and an Running Ad for a Luxury Resort

[From www.statnews.com] The man who boasts of changing the face of diabetes spreads his arms out wide, like the Christ the Redeemer statue, but in neon orange shorts and bare feet. He looks earnestly into the rolling camera.

“Welcome to ‘Reversed,'” he intones. Seated behind him are four of his disciples: Americans with type 2 diabetes who’ve flown to this tropical beach town to participate in a reality TV show marketed as a momentous opportunity to restore their health.

But “Reversed” is unlikely to prove anyone’s salvation.

The show, which will begin airing next month on cable, is at once a vehicle for Mattocks to proselytize his gospel of self-help, a marketing gambit by a pharma company that’s running out of money, and a season-long advertisement for a luxury getaway at the sparkling resort where it was filmed.