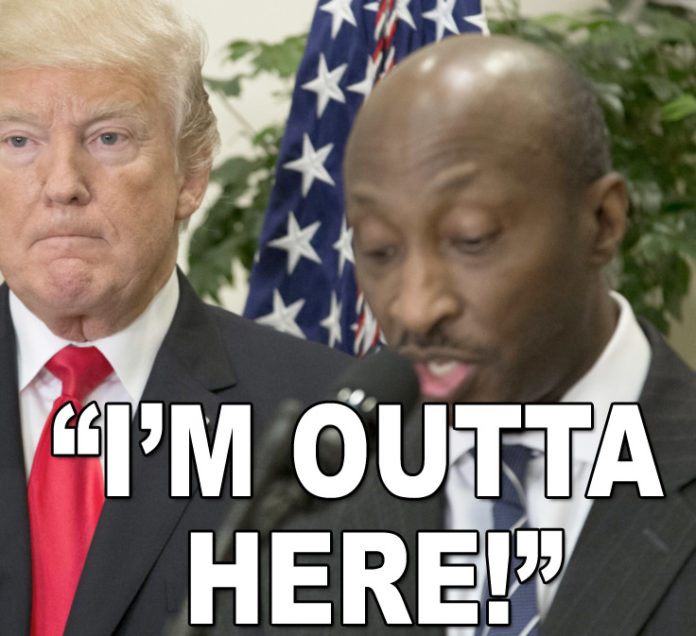 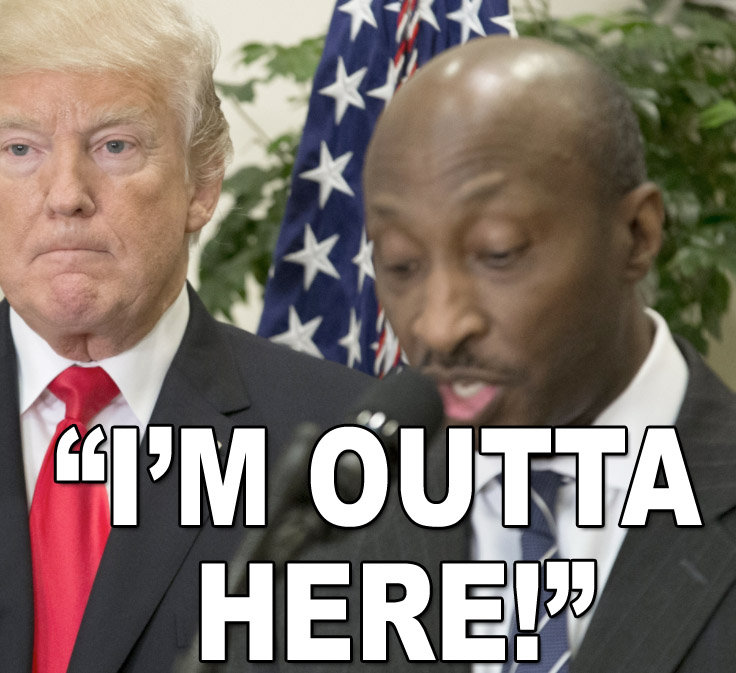 He Quits Trump Advisory Council in “Stand Against Intolerance and Extremism.” J&J’s Alex Gorsky Remains on Board.

[From www.wsj.com] The head of U.S. drugmaker Merck & Co. has resigned from a manufacturing advisory council to the Trump administration in an apparent protest of the president’s failure to condemn in stronger terms the white supremacists who marched and waged violence in Charlottesville, Va., over the weekend.

Merck issued a statement Monday morning on Twitter from Chairman and Chief Executive Kenneth Frazier, saying, “America’s leaders must honor our fundamental values by clearly rejecting expressions of hatred, bigotry and group supremacy, which run counter to the American ideal that all people are created equal.’

“As CEO of Merck and as a matter of personal conscience, I feel a responsibility to take a stand against intolerance and extremism,” Mr. Frazier said in the statement.

Almost an hour later, Mr. Trump posted on Twitter: “Now that Ken Frazier of Merck Pharma has resigned from President’s Manufacturing Council, he will have more time to LOWER RIPOFF DRUG PRICES!”

Remember way back in January, when leaders from tech and biotech were calling out President Trump and pharma stayed silent in apparent fear of a 140-character reprisal? Well, a pharma CEO (implicitly) rebuked the president yesterday. And the Trump tweet came, followed by another. And then nothing happened.

That’s despite Trump’s castigation of “RIPOFF DRUG PRICES” (emphasis original) and comes in stark contrast to the market’s response to that old line about evading punishment for homicide. Back then, investors had plenty of reason to fear an Oval Office-led crackdown on drug prices. Now, after so many unanswered cries of wolf, the duly elected president of the United States has become a paper tiger in the eyes of biopharma investors.

Now we’ll see whether Johnson & Johnson’s Alex Gorsky, who was on the same presidential panel, follows suit. So far, J&J’s not responding to that very question. 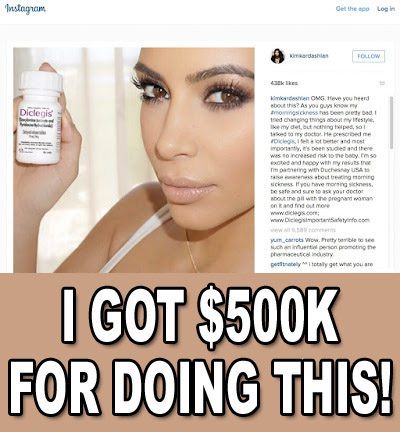 [From newtheory.com] Instagram is now becoming a main social media platform to share your photos and communicate with friends. Celebrities are also using their influential status to promote different brands and broadcast promotional messages to their millions of followers and at the same time earn some serious money doing it.

For many A-list celebrities, Instagram is becoming a serious money-making tool to generate additional revenue from paid sponsorship posts.

We have compiled a list of top Instagram celebrities who are making a killing of paid sponsored posts from different brands and companies who are willing to promote their products or services. Based on internal HopperHQ data and public information, we have compiled an “Instagram’s Rich List” of top paid celebrities.

Kim Kardashian, a reality TV personality, and a socialite makes $500,000 per post that goes out to her 100 million Instagram followers.