How to Score With Women (as a Marketer) via Social Media

eMarketer estimates 23 million US moms are on Facebook this year — a figure that counts women with children under 18 in the household who use the site at least once each month. That represents well over two-thirds of all online moms in the country. Facebook, of course, is not the only social networking site moms use. Overall, 26.5 million mothers with kids in the home use social networks at least once per month, or 79.2% of online moms. This compares to 63.7% of internet users overall (see chart below). 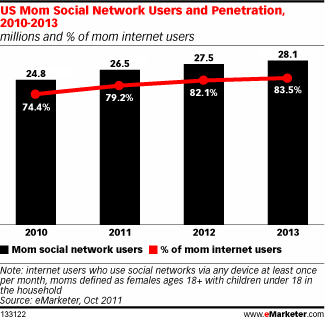 FDA Drops Social Media from Its Guidance Agenda: Focuses Instead on...