The Association of the British Pharmaceutical Industry (ABPI) published a long-awaited digital up-date in June that addressed the issue of tracking and reporting adverse events (AEs) online.

Previously, in April 2011, the Prescription Medicines Code of Practice Authority (PMCPA), which oversees the self-regulatory code of the ABPI, published “informal guidance” that included specific recommendations regarding the use of Twitter by pharmaceutical companies to promote medicines.

It doesn’t seem that these efforts made much of an impression on industry insiders who were informally surveyed by Weber Shandwick, a leading global public relations firm.

This article reports the results of that survey, which includes advice for how to innovate online without waiting for more specific guidelines from regulators. As included are summaries of the guidelines mentioned above.

By now, you’ve probably heard that Pfizer’s US corporate Facebook page was “hacked” by some “Kiddies” (see “Pfizer, If You Are So Smart, How Come You Were Hacked By ‘Kiddies’?“).

For several hours, the page was reconfigured to display messages and images from the hackers, including “**ATTENTION** Pfizer must be stopped. They’re corrupt and the damage they create is senseless. Carelessness! Putting a scare on these blokes who deserve one…”

What lessons should Pfizer and other pharma companies learn from this?

After I outed an AstraZeneca Facebook blunder by Edelman this past February (see “AstraZeneca Hosts ‘Take on Depression’ Facebook Discussion — Seroquel Lurks Behind the Scenes“), my friend Rich Myer at World of DTC Marketing had this key lesson to share: “Don’t hire an agency to implement your social media strategy especially if that agency is Edelman.”

It may have been no coincidence, therefore, that Edelman recently hired Shwen Gwee — @shwen on Twitter — as VP of Digital Health. Shwen was the former Lead for Digital Strategy and Social Media (Marketing) at Vertex Pharmaceuticals.

Should a PR firm or an interactive marketing agency be in charge of pharma social media campaigns?

Read this article to find out. Pharma Facebook Pages Being Phased Out: A Good Run While It Lasted! 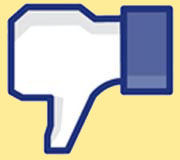 No doubt you’ve heard that as of August 15, 2011, Facebook opened up comments on ALL pharma pages with some exceptions. That means that the pharmaceutical industry will no longer be able to shut off comments on their Facebook pages.

Several pharmaceutical companies have already taken down their Facebook pages, including Janssen’s ADHD Moms page and Sanofi’s VOICES page. The reason cited is FB’s new commenting policy, but is that the REAL reason these pages have been shut down?
Read this article to learn about possible OTHER reasons pharma FB pages are shutting down. 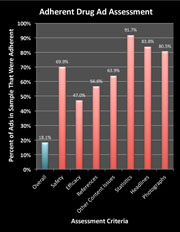 A study led by Mount Sinai School of Medicine researchers of 192 pharmaceutical advertisements (83 full unique advertisements) in biomedical journals found that only 18 percent (15) were compliant with Food and Drug Administration (FDA) guidelines, and over half failed to quantify serious risks including death. The study was published online on August 17, 2011 in the journal Public Library of Science (PLoS) One.

In short, the authors played the role of DDMAC reviewers and, based on THEIR interpretation of the regulations, determined if the ad under review was non-compliant with FDA “guidelines.

The question is: Why Isn’t the FDA catching citing these ads for violations?

Read this article to learn more.