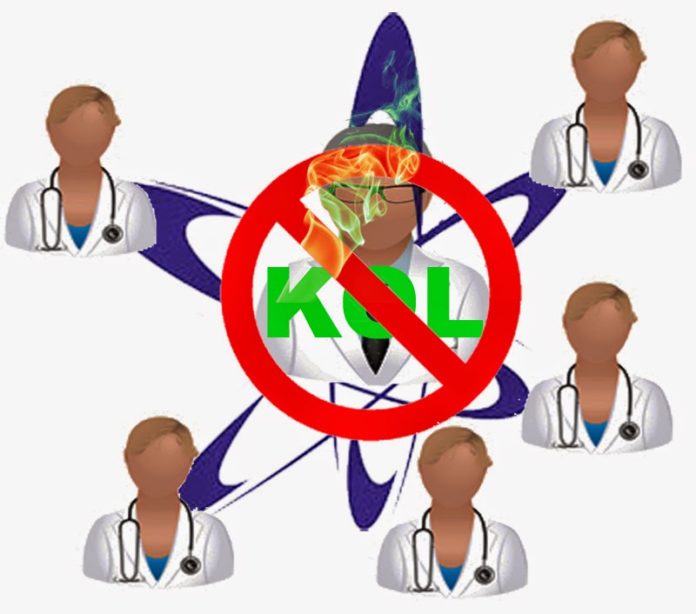 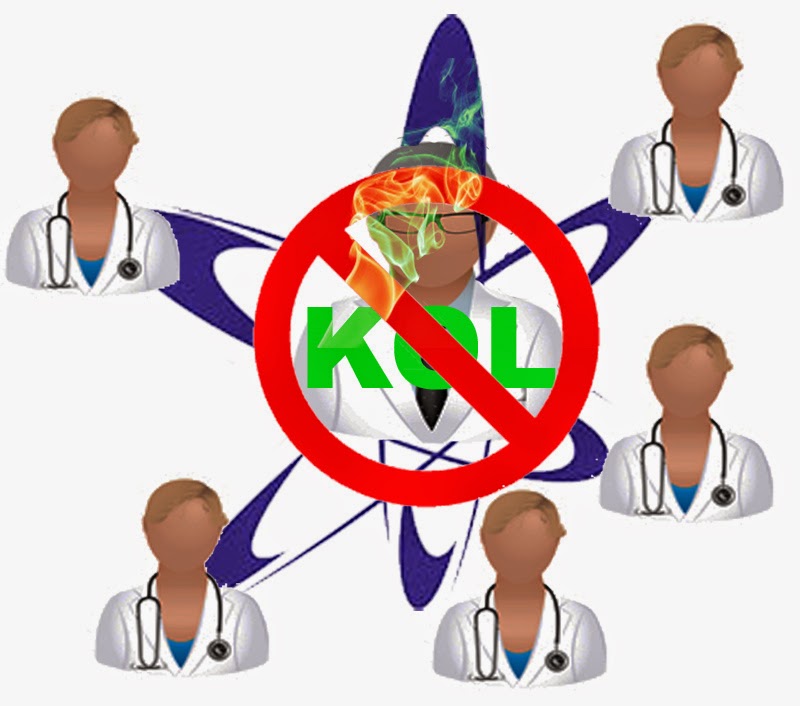 Nearly two-thirds (62%) of medical experts (physicians who could be deemed genuine experts) believe the pharmaceutical industry should replace the term Key Opinion Leader (KOL) – according to the results of a new international online survey to be presented today at the Medical Affairs Leaders Forum in Berlin, Germany. The survey was conducted by System Analytic, a company that helps pharmaceutical teams to “identify, map, and engage with their medical experts and key stakeholders.”

According to the Pharma Marketing Glossary, Key Opinion Leaders are physicians who influence their peers’ medical practice, including but not limited to prescribing behavior.

“Pharmaceutical companies hire KOL’s to consult for them, to give lectures, to conduct clinical trials, and occasionally to make presentations on their behalf at regulatory meetings or hearings.” (see “The Secret Lives of Big Pharma’s ‘Thought Leaders’“).

It’s a well-known fact that KOLs often are chosen more for their high prescribing habits than for their knowledge or other attributes that would enable them to influence their peers. The recommendation to change the name follows concerns by the senior medical community (who participated in the research) that the term ‘KOL’ is too ‘closely associated with the world of marketing’ and is often ‘used inappropriately’ for people who do not necessarily warrant the title.

Despite the negative connotations, when questioned 40% of pharmaceutical executives who participated in the survey opted to keep the name KOL. This figure compares with just 20% of medical expert respondents in the KOL arm of the study. Yet 56% of pharma executives who took part in the survey said that industry should work towards a universal replacement of the term KOL.

Unfortunately, there was no consensus on what that universal replacement should be, although according to Rosie Bougoffa, outreach and engagement specialist at System Analytic, “Several pharmaceutical companies are now moving away from the term ‘KOL’ as a response to the negative commentary from outside the industry.”

The most popular alternative to the term KOL among pharmaceutical executives was ‘external expert’, while only 4% of medical respondents appeared to favour this term. Highest scoring alternatives among medical expert participants included ‘therapeutic area expert’ and ‘expert physician’. However, there was an overall lack of consistency on what exactly they thought the replacement term should be – with a total of 24 different options being put forward by the medical expert responders.

Although this issue is being hotly debated in Europe, I have not heard about it here in the US. I doubt that changing the name will happen given how deeply rooted it is in the pharma marketing lexicon. Think of all the job descriptions and consultant speak that would have to change. Besides, it wouldn’t change how pharma chooses KOLs — the best qualification would still be number of scripts written.

Speaking of opinion leaders, what about patient opinion leaders (POLs), which is a term used a lot these days to describe patients who have an influence over other patients, especially in online venues such as social media? I don’t give a rat’s ass about what you call them, but I do care that their relationships with pharmaceutical companies be transparent. For more on that read “Patient Centricity, Transparency, & Pharma’s Reputation.”

What do think are best practices that should govern pharma’s collaboration with online “Patient Opinion Leaders” (POLs)? Take my survey here.