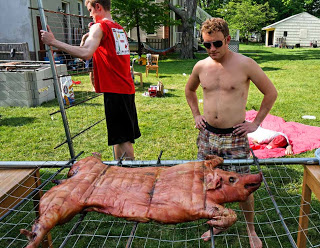 Practically every week I read amazing stories about stupid, immoral, unethical, or illegal activities perpetrated by the pharmaceutical industry. Stories that are bolstered with juicy quotes from internal corporate emails written by dumb executives. And I don’t have to wait for Wikileaks to publish this stuff when the U.S. Senate and the Wall Street Journal (WSJ) are already doing it!

Take today for example. A story in the WSJ titled “Abbott Hired Barred Doctor” caught my attention (find it here). At first, I thought it was nothing new — I already know that pharmaceutical companies have hired questionable physicians in the past, so it’s not too exciting to learn that Abbott “hired a Baltimore-area cardiologist as a sales consultant after he was barred from practicing at a local hospital last year for allegedly putting heart stents in hundreds of patients who didn’t need them.”

What’s interesting is the juicy stuff that the Senate learned from internal emails written by Abbott executives.

“In 2008 Abbott paid more than $1,000 for a pig roast, complete with mobile pig pit, at a party to fete the cardiologist the same week Dr. Midei, then head of the cardiac catheterization lab at St. Joseph Medical Center in Towson, Md., set a possible company record by implanting 30 stents in a single day.”

“Charles Simonton, the medical director of Abbott’s vascular division, said in another email cited by the [Senate report to be released today] that Dr. Midei should ‘clearly avoid’ the Baltimore area, but Dr. Simonton encouraged colleagues to ‘please find key physicians or cath labs you’d like him to get in front of with our data.’ Abbott wanted to hire Dr. Midei ‘because he helped us so many times over the years,’ yet another Abbott executive said in an email.”

“Around that time, an Abbott executive complained to a colleague by email about one of the [Baltimore] Sun’s journalists [who reported on the alleged overuse of stents at St. Joseph] ‘Somebody needs to take this writer outside and kick his ass. Do I need to send in the Philly mob?’ he wrote, according to the report.”

What’s really amazing is that a company supposedly dedicated to saving lives of patients with cholesterol-blocked coronary arteries would host a $1,407 pig roast complete with a mobile “Alabama pig pickin’ pit,” a whole pig smoked for 15 hours, Memphis-style ribs, chicken, hot dogs, cole slaw and two big peach cobblers. The only thing heart-healthy on that menu may have been the cole slaw! I can forgive the threat to kick the reporter’s ass, but a pig roast in a cardiologist’s back yard? Unforgivable!

Professional “Hired Gun” Pharma Tweeters. Is It a Good Idea?