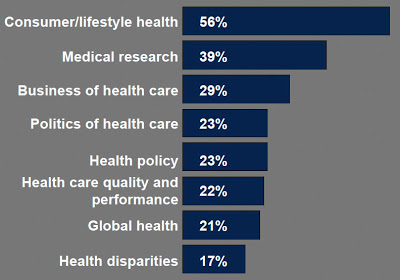 Thanks to my Twitter colleagues, I came across two disturbing pieces of information concerning healthcare journalism in the US.

The first was a WSJ Health Blog post about an Annals of Internal Medicine study of press releases that academic medical centers send out about their research (see “Academic Medical Centers Often Guilty of Research Hype“). The conclusion: The press releases “often promote research that has uncertain relevance to human health and do not provide key facts or acknowledge important limitations.”

The second was a March 2009 Survey of American Health Care Journalists (AHCJ), which found — among other things — that just under half (44%) of staff journalists participating in the survey say that their organization sometimes (34%) or frequently (10%) bases stories on news releases without substantial additional reporting (see “State of Health Care Journalism“).

Only 39% of AHCJ members surveyed feel that the quality of the U.S. news media’s coverage of medical research is “excellent” or “good” (see chart below).

A couple of other key findings:

Do “citizen” journalists (ie, bloggers) do a better job?

It’s an important question because more people may read health-related blogs than read traditional news media. Health bloggers include journalists, of course, but many are also ordinary citizens (eg, patients) as well as professionals with ties to the pharmaceutical and healthcare industries. If anything, bloggers may have more bias than traditional journalists and be more susceptible to influence.

If what I just said about health care bloggers is true, then the decline in the quality of health journalism will not be offset by the rise in health “bloggerism.”