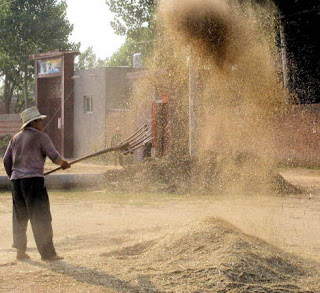 “The more things change, the more they stay the same.”

That’s how I feel these days when the “newbies” talk about guidelines for the use of social media in the healthcare arena.

Back in the day — 1997, to be precise — I, along with Denise Silber (@health20paris), Gilles Frydmann (@gfry), and others, founded the Internet Healthcare Coalition to develop ethical guidelines for developing credible, quality health information on the Internet (Web 1.0 version).

In 2000, I published a summary of the Coalition’s mission statement in the Journal of Medical Internet Research (see PubMed entry here). I reproduce that article below and substitute modern day social media/networking rhetoric where appropriate in red text as if I were editing it today for a new Social Media Healthcare Coalition:

The Coalition is an international, non-partisan, non-profit organization dedicated to promoting quality healthcare resources on the Internet [social networking and other Web 2.0 applications]. Founded in 1997, the Coalition’s membership represents every sector of the Internet [social media] health space, including consumers, patient advocates, commercial developers of health information, health professionals, medical librarians, government officials, and pharmaceutical manufacturers. The goal of the Coalition is to educate healthcare consumers, health professionals, and others about the evolving issues relating to the quality of Internet health resources and information.

The Coalition is dedicated to:

The Coalition consults with various government agencies including the World Health Organization (WHO), the US Food and Drug Administration (FDA), and the US Federal Trade Commission (FTC) on broader-based efforts to promote credible healthcare information and combat health fraud online. To that end the Coalition formed an Internet Health Fraud Resources Working Group which will work with the FTC to develop, coordinate, and promote a global online health-fraud reporting web site, which will link to authorities with jurisdiction over illegal or fraudulent online healthcare activities. Using this resource, consumers and healthcare professionals anywhere in the world can be sure that their complaints are transmitted to the appropriate authorities for action.

The Coalition holds an annual conference, “Quality Healthcare Information on [Social Media Sites] the Net,” each year in October or November for key thought leaders in the healthcare industry and government representatives to exchange their thoughts and opinions about the problems associated with and solutions to healthcare and the Internet [Social Media]. In October 1999, responding to calls from within the Internet Health community, the Coalition launched its ongoing “eHealth Ethics Initiative” to provide a forum for the development of a universal set of ethical principles for health-related Web sites.

The Coalition created ethical principles for quality Internet health information, which formed the basis of at least one major and ongoing health web site accreditation program (see URAC’s Health Website Standards). I still have the computer mouse shaped crystal commemorative award for participating in URAC’s Health Website Advisory Committee in 2000-2001. As we used to say in NYC, “that and 15 cents will get you on the subway” (a NYC subway ride costs about ten times that now!).

Recently, Shwen Gwee, Med 2.0 host and founder and Lead Business Analyst of Health Informatics and New Media for Vertex Pharmaceuticals, launched Social Pharmer, a social network for “anyone interested or involved with social media in the pharma and healthcare industry.” It’s fitting that Shwen chose Ning to build the Social Pharmer site, a Web 2.0 application that allows anyone to set up a social network.

For me this is deja vu all over again. In 1996, I organized an “unconference” to discuss ethical use of the Internet for healthcare using a listserv e-mail discussion group, which was the greatest social networking technology at the time. [An aside: I wonder how many people still use listserv today and how many people will be using Twitter ten years from today?]

Aside from focusing on Web 2.0 health applications, Social Pharmer and Internet Healthcare Coalition share many things in common such as those I just mentioned. Similar sorts of people have also been involved in starting both movements.

There is, however, one unfortunate difference, which is apparent in the names and mission statements of the two grassroots movements. Social Pharmer is obviously driven by the needs of the pharmaceutical industry and their agents (ie, ad agencies, consultants, web sites that depend on pharma advertising, etc.). This focus is inherent in the very name and in the short description quoted above.

It’s fine to have Social Pharmer. We definitely need fda-approved pharmaceutical and other healthcare company information to be trusted by consumers on social networks and that is the appropriate goal of Social Pharmer. But maybe we also need to bring into the discussion other constituents — especially consumers and healthcare professionals. And the discussion should be focused on IMPROVING the QUALITY of healthcare information provided via social networks, no matter WHO is providing that information.

I noted that a NYC subway ride costs 10 times today what it cost when I was a kid. And it’s worth it — it has great value.

Very few people are willing to admit that, for the most part, user-generated content is NOT high quality. To be sure, there is high quality information out there, but it exists within a vast wasteland (same with Twitter messages). Are the social media tools up to the task of separating the wheat form the chaff?

The first question is: How do we define the “wheat” or high quality user-generated information? Does the “wisdom of the crowd” guarantee the sort of high quality information that is necessary for improving health?