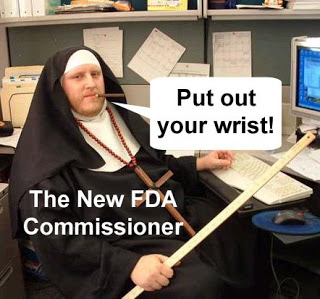 It’s Friday and welcome again to the “Bob and John Blog Dialog” — an ongoing series of informal back and forth jousting between DTC true believer Bob Ehrlich (DTC Prespectives) and me, DTC agnostic John Mack (Pharma Marketing News).

If you are new to this more or less weekly dialog, see here, here, and here.

This week we focus on YAZ, Bayer’s contraceptive drug that seems to cure all young womens’ monthly problems and acne as well. No, wait, the FDA said that Bayer overstated these benefits of YAZ and must run “corrective ads.”

Bob says, “The settlement with the states and FDA should help convince DTC critics that drug companies do not get away with over stating benefits. FDA has been called complicit and lax in allowing drug companies to keep deceptive ads on too long and with no real penalties.”

Drug companies do not get away with overstating benefits? Really?!

Seems to me that Bayer did just that in its YAZ commercials.

Bob frequently refers to me as “DTC critic.” Who else can he be referring to when he says “FDA has been called complicit…” knowing full well that I said as much in my post entitled “FDA and YAZ: Is FDA Helping Marketers Work Around Regulations?“

I’m really agnostic when it comes to the benefits of DTC advertising. I can take it or leave it. It’s not DTC in and of itself that I am critical of — it’s the often blatant and sometimes accidental disregard of FDA legal guidelines and the industry’s own standards that I am critical of.

In the case of YAZ, it took the FDA several months to get a letter out to Bayer about “overstating the benefits” and that was AFTER the FDA saw the storyboards BEFORE the ad was even on the air! That’s the complicity part.

Bob says “For drug marketers seeing another DTC drug get slapped with corrective ads, the effect can be chilling.”

Why’s that? Because Bayer will have to spend $20 million over 6 years making “corrective” ads? Bruce L. Lambert, a professor of pharmacy administration at the University of Illinois at Chicago, referred to the corrective $20 million ad campaign for YAZ as “chump change” and “just the cost of doing business.”

I would have to agree. If sales of YAZ in the United States is $616 million or more per year, I would expect Bayer to spend at least $60-$90 million PER YEAR on “non-corrective” DTC advertising. That’s about 20 times what it pledged to spend on “corrective advertising.” Consider that a 5% levy — cost of doing business — on its DTC ad spend.

Bob ends with this: “…it shows regulation does work. The public and Congress should be somewhat reassured that the state and federal regulatory authorities are monitoring DTC ads. Although we will not avoid additional hearings and regulation on drug marketing, the critics can no longer say penalties are a slap on the wrist.”

If regulation is like a barn door, it only works when it is closed and PREVENTS the cow (ie, ad) from getting out of the barn (ie, regulatory level playing field). It’s not working when you punish the cow by taking away 5% of its food as a punishment for leaving the barn!