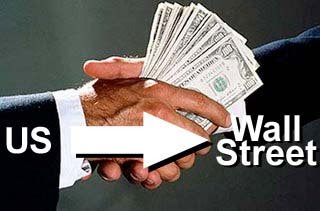 The issues facing us Americans today go way beyond our vested interest in the pharmaceutical industry. For example, debating whether or not the industry is in a recession is a small matter and almost goes without saying considering recent events unfolding on Wall Street and Main Street.

When I first asked the question “Is the pharma industry in a recession?” back in March, 2008, (see here), the world was a much different place and you could cite economic statistics that showed that technically we were not in a recession. Pity the fool who would now claim that the economic indicators are sound and we are not yet in a recession. (“Prevent a recession,” however, is the rallying cry of the administration in its bid to force Congress to act hastily in approving the administration’s bailout bonanza for Wall Street without addressing accountability on Wall Street and what’s in it for us; as if the recession is not already here.)

The overwhelming majority of respondents to my poll agree that the drug industry is in a recession (see poll and results at end of this post). But even today pro-industry people like Bob Ehrlich continue to place a positive spin on negative data such as recent Nielson data regarding DTC advertising: “the second quarter that shows a 9% decline versus year ago. The first half 2008 is down about 5%” (see “DTC Spending Down! A Temporary Blip or Troubling Trend?“). For a counterview see: “DTC Marketers Heading for Skid Row!“

What Bob Ehrlich and my financial adviser have in common is the belief that all this is just a temporary “blip.” When my adviser started to defend his position by whipping out the stock market’s performance over the last 20 years as an indicator of its expected performance over the next 20 years, I stopped him right there. The next twenty years will look NOTHING like the past 20 years — not with the level of debt we will be facing as a result of bailing out industry after industry (even the auto industry wants in on the bailout bonanza!).

What do you think? Is it a “blip” or a full-blown recession? Or a DEPRESSION!