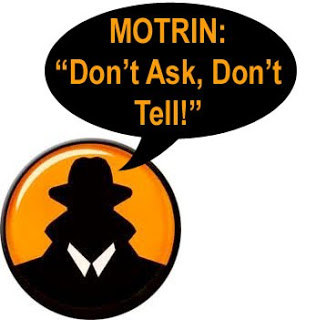 A Blog is a very useful archive of information that over time may reveal connections between seemingly unrelated events. Take the Johnson and Johnson (JNJ) “phantom recall” of Motrin that I and many other bloggers have written about (see, for example, “Parallels Between BP and J and J” and “J and J ‘Phantom Recall’ Shows Motrin Troubles Go Back to 2008“). By now everyone in the US should know about this — the story has been on the major news networks (see “Are Secret Drug Recalls Common?“) and Ed Silverman has reviewed it admirably on Pharmalot (see “Johnson & Johnson Tap Dances Around Congress“).

But when I was searching Pharma Marketing Blog for another story (ie, J&J’s new scandal about the safety of the Ortho Evra birth control patch: “Did J and J Hide birth control patch risks?“), I came across a post about J&J Agents Trolling for Adverse Events on the Internet. In that post I recounted a story of a person who applied to be an agent for JNJ “where if chosen, [she] agreed to notify J and J if [she] became aware of any negative talk about their products” on the Internet.

At the time I wrote that post, I was mainly interested in how drug companies may be using social media to proactively learn about adverse events associated with their products in general. The fact that JNJ was doing this suggested to me at the time that the company was doing the right thing to ensure that it kept informed about any adverse events reported by patients.

The person (“Christine B.”) who was contacted by BzzAgent about being a JNJ Internet/social media trolling agent posted her story to the Arthritis Foundation Forum, where she is a member (see the post here).

The timing is right — the post was made on Tuesday, September 22, 2009. JNJ’s agents began secretly buying up Motrin in stores in the Spring of 2009. It’s logical that “Christine B.” and other people/patients who may frequent pain-related online forums was contacted soon afterward to see if the story had “leaked out” to the patient community.

Of course, this is not a smoking gun, but perhaps the House Oversight and Government Reform committee should look into this and see if it can find evidence. The first place to look should be emails between BzzAgent and JNJ.

BTW, I suggest BzzAgent rebrand itself. “Agent” is beginning to take on some negative connotations!