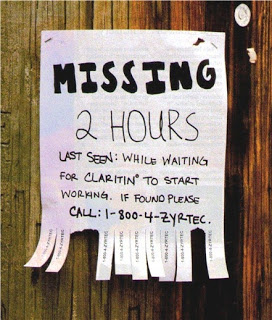 A study published in the Proceedings of the National Academy of Sciences (PNAS) — of all places — suggests that watching a direct-to-consumer (DTC) ad makes the advertised pill “more effective.”

DTC advertising is often defended by the drug industry as beneficial to the public’s health because it motivates people to visit their doctors (see, for example, “Rethinking the Value of DTC Advertising“). PhRMA, the US drug industry trade organization, says in its DTC Guiding Principles:

“DTC advertising of prescription medicines can benefit the public health by increasing awareness about diseases, educating patients about treatment options, motivating patients to contact their physicians and engage in a dialogue about health concerns, increasing the likelihood that patients will receive appropriate care for conditions that are frequently under-diagnosed and under-treated, and encouraging compliance with prescription drug treatment regimens.”

Even the staunchest proponents of DTC, however, have never claimed that DTC ads can increase the efficacy of the advertised drugs!

“Every day, we are exposed to a high number of advertising messages,” says economist Emir Kamenica of the University of Chicago, first author of the new paper. “And these messages may influence not only whether we buy a product, but also how our body works.”

Here’s a synopsis of the study and results published in PNAS First Look Blog (here):

Kamenica and his colleagues studied 340 people, some with known allergies and some without. Each person received an injection of histamine in their forearm, and the response was measured. Then, they received a dose of Claritin, were told what it was, and watched a movie interspersed with ads—either positive Claritin ads, or ads for a competing allergy drug, Zyrtec, which spoke negatively about Claritin (my emphasis). Next, the histamine injection was repeated and the size of the swollen “wheal” once again measured.

“Perhaps people who don’t have allergies are more uncertain about what antihistamines are like, or they may have paid less attention to ads for such drugs in the past, so their beliefs about Claritin are more malleable,” Kamenica explains.

“There’s been a big debate about the potential consequences of direct advertisement of drugs to consumers,” says Kamenica. “We’re injecting into that debate an entirely novel idea, that such advertisements can actually change drug efficacy.”

The data doesn’t distinguish whether the positive Claritin ad increased the efficacy of the drug or whether the Zyrtec ad, with negative sentiments on Claritin, decreased the efficacy. The researchers hope to clarify that in future studies. And as for whether advertising affects other drugs in a similar way, that can only be hypothesized. But Kamenica says there’s no reason to think the phenomenon would be unique to Claritin. Based on the difference in ad responses between those who had allergies, and were likely more familiar with Claritin to begin with, Kamenica thinks that the less someone knows of a drug to begin with, the more an ad can influence their response to it.

“With a drug that no one has heard of, you might get an even bigger effect,” he says. “Because your opinions on that drug would be even more malleable.”

I am not sure exactly how the Zyrtec ad implemented “negative sentiments on Claritin.” Did the ad say something like “Claritin is useless. It is a rotten, poor antihistamine, and some people get elevated liver functions from it” or something more subtle like “Zyrtec works faster than Claritin! Get relief in minutes, not hours.”? I.e., Just like in this REAL Zyrtec ad campaign (see image at left and here)?

All I know is that if drug advertising works like political advertising, then negative ads achieve better results than do positive ads. So, I bet that “future studies” by the authors will prove the hypothesis that negative ads decrease efficacy (in the competitor product) rather than that positive advertising increases efficacy in the advertised products.

For more about the relationship between drug advertising and political advertising, see “If Negative Political Ads Work, Would ‘Negative’ Pharma Ads Also Work?“

Gifts That Keep on Giving