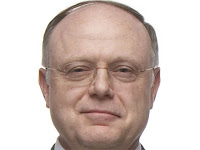 I wasn’t one of the reporters “invited” to Pfizer headquarters in New York to listen to company leaders discuss improvements to research and development of vaccines.

At that meeting, Read addressed the lack of trust in the drug industry, which according to Read, is “a perception gap” (see “Pharmaceutical companies have an image problem and now say they care more about it“).

He also said “We sell that we’ve done the research, done the clinical trials, that the data is done to a very high standard and is believed. The trust in society on quality is important to us. This trust is not where it ought to be.”

IMHO, getting trust in the drug industry to a point where it “ought to be” is not a matter of merely closing a perception gap as Read said. With regard to clinical trial data, the only way to test pharma’s claim as to the high quality of the data and “believe” the data is to open the data up to the public so that independent researchers can verify the results. This is the scientific method upon which the “science-based” pharmaceutical industry should build the trust that Read says is now more important than ever.

Also, Read needs a better public relations head shot. In the photo above, Read looks a bit like former US Secretary of Defense Donald Rumsfeld — a former pharma CEO himself — smirking at a press conference talking about so-called “weapons of mass destruction” and “shock and awe.” 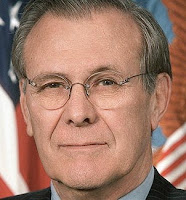 Challenges Ahead for Pharma