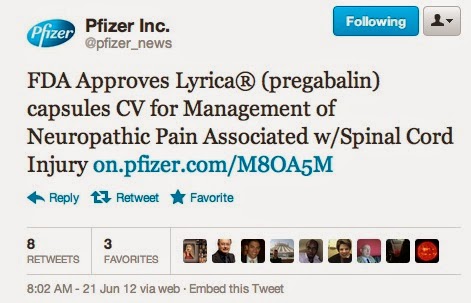 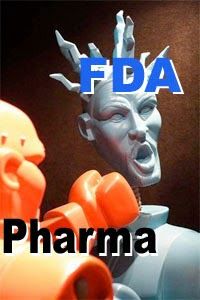 Ever since the epic #FAIL of FDA’s webinar that was meant to explain its recent social media guidelines, the agency has been the butt of jokes here on Pharma Marketing Blog and also behind pharma industry closed doors.

In particular, the agency was criticized for not being technically savvy enough to understand the nuances of social media and search engine advertising (read, for example, “Don’t Follow FDA Guidance on Use of Google Adword Site Links“).

Now, the industry’s door is open thanks to comments recently submitted to the docket by industry groups and made public by the FDA. It’s always interesting and educational to read these comments.

In this and subsequent posts, I will  summarize some of the main points made by PhRMA, Washington Legal Foundation (WLF), BIO, Medical Information Working Group (MIWG), the Patient, Consumer, and Public Health Coalition, and several pharmaceutical companies.

In its comments (here), PhRMA implies that FDA is hypocritical, or more accurately, “inconsistent:”

“PhRMA and its member companies would like to highlight that FDA’s Draft Guidance is inconsistent with the agency’s own responsible communications about medicines using Internet and social media platforms with character space limitations. Specifically, FDA now uses character-limited platforms to announce information about drugs and does it in a responsible, truthful way, including providing safety overviews after Twitter links. Yet FDA proposes to restrict manufacturers from using the same social media tools that FDA uses. FDA’s own actions – including the use of links to present risk information and general descriptions of the benefits of drugs – provide reasonable standards for appropriate use of these media…it cannot be truthful and non-misleading for FDA to use character-space-limited platforms in one way, but misleading for biopharmaceutical companies to do the same.”

This is a criticism I’ve heard at industry conferences (“behind closed doors”) and is something I’ve noted here on Pharma Marketing Blog long ago (read “MicroBlogging About “Newsworthy” Events: Should Pharma Follow FDA’s Lead?“). Comments from the MIWG (here), which represents the views of several pharma companies, including Pfizer, concur with PhRMA’s comments:

“It seems unlikely that FDA would consider its own Tweets to be misleading. Instead, the Agency’s drug approval communications reinforce the idea that the public health benefits from information about the availability of potentially helpful treatments. But while a message from FDA would be considered by the Agency to be non-misleading and beneficial to the public health, the same message could be considered misleading under the Draft Guidance if it were issued by a manufacturer. Such speaker-based restrictions are particularly problematic on Twitter, where users often re-post others’ Tweets (i.e., “Retweet”) to share others’ messages with their own followers.”

This is not the first time PhRMA raised this issue with the FDA. Back in 2010 in it’s comments to the FDA after the November, 2009, public hearings, PhRMA stated that the “FDA has set a responsible example in its use of Twitter to broadcast newsworthy events such as new drug approvals. Given the limited space constraints (e.g., 140 characters) of such media, and consistent with FDA’s own use of such media, the Agency should allow biopharmaceutical manufacturers to microblog about significant scientific and regulatory events (e.g., approvals, new indications, recalls) for a medicine, provided that (i) all information provided in the initial entry is truthful and accurate, and (ii) the landing page contains a comprehensive description of product risks and benefits.”

I guess these comments fell on deaf ears at FDA.

PhRMA included in its 2010 comments this example of an FDA tweet:

PhRMA notes that FDA’s tweets “contain only benefit information about new medicines (and general information, at that), accompanied by a link to a FDA news release outlining some risks and additional benefits – even for products with black box warnings and contraindications. FDA also fails to list any risks at all (or even a general disclosure that there are risks) directly within each individual communication.”

Interestingly, the drug industry HAS posted branded Rx drug tweets similar to those FDA has been doing. Here’s an example posted by Pfizer back in June, 2012:

The argument boils down to this: FDA uses Twitter to post drug information it believes to be “non-misleading and beneficial to public health,” so why shouldn’t the industry be able to do the same? I must say I agree with PhRMA’s logic: if it’s OK for the FDA to do it, then it should also be OK for pharma companies to do it. I note that the FDA has not sent one warning letter to any drug company — including Pfizer — regarding this issue.

The industry, via PhRMA, etc., claims that FDA’s recommendations virtually prevents it from using Twitter and other character-limited platforms, “which would be expected to decrease transparency and the beneficial flow of information about their medicines to healthcare professionals and patients.”

As always, PhRMA also raises First Amendment issues with FDA’s guidelines: “the limitations FDA recommends cannot withstand basic First Amendment scrutiny, because there are less restrictive means of ensuring that information presented on these platforms is truthful and non-misleading.”

Interestingly, PhRMA throws in the “patient-centric” buzz word in its recommendations section:

“The Final Guidance should take a patient-centric approach that permits manufacturers to utilize Twitter, sponsored links and other character-limited platforms in order to convey important public health information.”

Unfortunately, there were no comments submitted by patient organizations in defense of this “patient-centric” argument.

One important recommendation from PhRMA is that FDA should follow FTC’s lead and institute the “one-click rule:”

“FDA should recognize, as the FTC has, that space limitations in certain advertising formats warrant allowing certain long warnings to be accessed using a prominently labeled hyperlink. Character-limited platforms emphasize brevity, but are largely designed to encourage the consumer to ‘click through’ to a separate site where further product information and disclosures can be provided. With 74% of online adults active on social media sites, consumers on the Internet are increasingly accustomed to click-throughs and other communication mechanisms that are unique to new media, such as pop-ups, rollover text and hyperlinks.”

That’s it for now. I should really shower and shave and get dressed 🙂