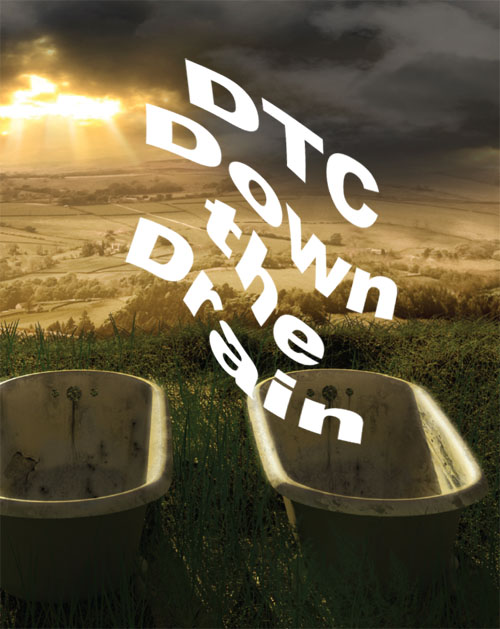 “Direct-to-consumer advertising, as we’ve known it, at least, is not the be-all and end-all of marketing prescription drugs to patients anymore,” says Matthew Arnold in a new MM&M report with the provocative title “DTC Drain” (find it here). Yes, and the spending trend shows it — DTC ad spending decreased 12% in 2012 compared to 2011 (see “DTC Not As Dead As We Thought… But Digital Ad Spending Down One-Third!“)

I took MM&M’s title a step further and increased the alliterative appeal by adding “Down” as in the following photo, which appeared in the MM&M report (sans the words):

The tubs image, of course, recalls DTC ads for Cialis. According to Nielsen data, which you can find in the MM&M report, Cialis ranked #2 in DTC ad spending in 2012, just behind Cymbalta. That’s an increase in 13% over the 2011 spend (those tubs aren’t drained just yet!). The Viagra ad spend, on the other hand, decreased 15%. Oh well, one man’s Viagra is another man’s Cialis!