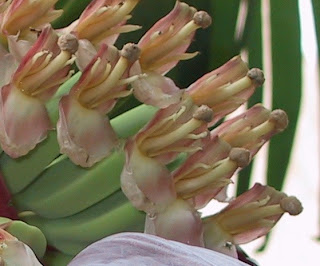 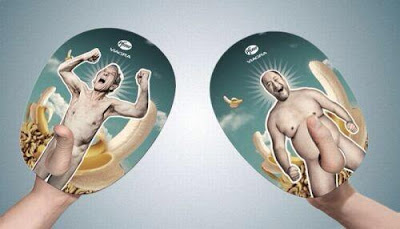 Hat tip to my friend @blogaceutics (Miguel Tovar) who tweeted about a “novel twist” on Viagra advertising in Japan: paper fans that promote Viagra (see above).

As reported by RocketNews24 (here), hand-held fans like these — emblazoned with commercial messages and logos — are popular in Japan when it gets hot. Personally, I’d rather die of heat exhaustion than use these fans in public! (although I’d love to get my hands on one 🙂

According to  RocketNews24, “while many applauded the creativeness of these fans, many net users wrote it off as ‘gay’ or ‘just for fujoshi.'” According to wikipedia, fujoshi is a self-mockingly pejorative Japanese term for female fans of novels that feature romantic relationships between men.

The Viagra fans are from a few years back, and some commenters say they received them at various events. “It’s a testament to its effectiveness how even after so long someone can still rack up over 12,000 retweets from posting it.”

The fans may be an effective marketing ploy, but are not very effective in keeping you cool. Perhaps, like Viagra, only 25% of men find them effective?

But I have an even BETTER Viagra marketing idea.

Have you noticed the peeled bananas depicted on these fans? What if Pfizer were able to make a deal with Chiquita Bananas to put its logo on bananas sold in Japan? That might even be more effective as a viral marketing ploy and appeal to dirty old men who like to see girls eating bananas (there must be a pejorative Japanese term for such men). 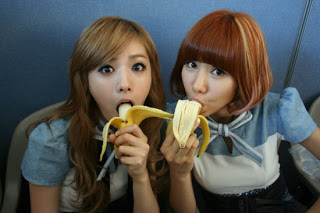 OK, I’m getting carried away with all this, but I found one more interesting image in my research on wikipedia: some banana plants have female flowers that have petals and other flower parts at the tip of the ovary that resemble male genitalia, testes and all:

Or is it just me that sees this?