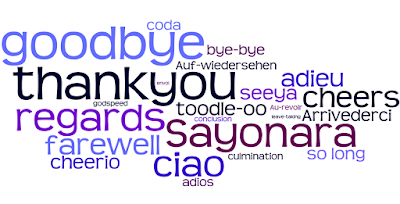 It’s my 71st birthday and I decided it’s a good time for me to move on to a new role. Unbelievable, right? John “PharmaGuy” Mack is seventy-one years old!

Also unbelievable is that I am shuttering my pharmaceutical online publishing business after 16 years of continuous operation! There will be no more Pharma Industry News Update emails, no more PharmaGuy Insights on Scoop.it, and no new Pharma Marketing Blog posts. There will still be  tweets from @pharmaguy, but eventually even that will end.

Although one door has closed, another door has opened for me as a Newtown Township, PA Supervisor. Yes, I am now a “politician!” I won the local election in November, 2017. In fact, I received more votes than any other candidate for local office (read about it here: “Mack Clobbers Couch!”).

These days it is especially important that citizens get reliable information from their leaders and get more involved in local government. That is my goal as well as “speaking truth to power,” which is what I have done in the pharmaceutical sector. Now I will be known as SupervisorGuy!

I have a lot to learn about my local township and how to govern. I feel energized like I did when I started writing about the drug industry. It will take all my effort to be successful in this endeavor and I simply won’t have the time nor the energy to keep up with the drug industry.

There has always been “collusion” between the pharmaceutical industry and lawmakers who have profited from financial contributions from the industry as well as help from industry “hired guns” (lobbyists) to craft laws benefitting the drug industry. I’ve spent a lot of time writing about this in the past. Obviously, my efforts and the efforts of many others to shine a light on this has achieved very little return on investment. The amount spent on lobbying during the first nine months of Donald Trump’s presidency, reports the Center for Responsive Politics, was higher than in any corresponding period since 2012. In fact, “The D.C. Pharma Lobbying Swamp is Bigger & More Slimy Than Ever!”

And all this lobbying has paid off BIG! The Department of Health and Human Services – including the Food and Drug Administration (FDA) – has now been taken over by the pharmaceutical industry. Dr. Scott Gottlieb, a conservative health policy expert with deep ties to the pharmaceutical industry, now leads the FDA and Alex Azar, who served for five years as president of Lilly USA, is now U.S. Secretary of Health and Human Services. As Public Citizen says, “Big Pharma’s political coup [is] complete. The industry whose business model is built around government-funded research and development, government-granted monopolies and government purchases of its overpriced medicines” now has its foxes in all the key government health hen houses!

More DTC Advertising Than Ever!
Another of my pet projects over the years was to “constructively” criticize direct-to-consumer (DTC) advertising. These days there are more of these ads on TV than ever before and they haven’t improved one iota in terms of being truthful. Now we see many ads for cancer treatments, for example, that over promise efficacy, underplay risks, and literally cost a fortune (read, for example, “Ads for ‘Breakthrough’ Cancer Drugs Are ‘An Ocean of Hype,’ Say Oncologists”). And the FDA’s oversight of these ads is virtually non-existent.

Making A Difference Where It Counts
Now that I am an elected official I will spend my time on something that actually may make a difference – improving my community! In fact, I have already achieved some results that I am proud of. Little things like getting my town to implement a 24/7 drug drop-off box (here), repaving a street in my neighborhood, using technology to improve government transparency (here), etc. What I am doing now as an elected township official has a much bigger impact on my life and the lives of my neighbors than anything I have done before.

I’ve already ceased publication of the monthly Pharma Marketing News, which I began writing in 2002. I’ve written over 600 articles and 1.2 million words for that publication!

I will maintain the archives of these publications online so that “newbies” to the pharma marketing world can use it as a resource. There’s a wealth of information and history in these archives, which you can find here. Who knows?, I might even write a new book – if I am not elected again after my short 2-year term as Supervisor!

Before leaving, I would like to extend my thanks to my many loyal readers, followers, clients, and pharma friends (I have made many!). I only hope I meet similarly smart and interesting people in politics who want to do good.

In case any of you are interested in following my new career as a Township Supervisor, you can catch me “speaking truth to power” online: 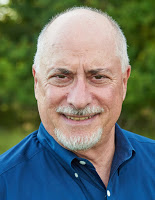