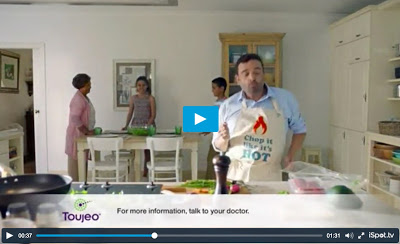 According to an untitled letter FDA recently sent to Sanofi, all the fast-paced “grooving” going on in the “Mr. Groove” TV ad (here) for Toujeo makes it “difficult for consumers to adequately process and comprehend the risk information. The overall effect undermines the communication of the important risk information and thereby misleadingly minimizes the risks associated with the use of Toujeo.” Moreover, “the presentation in the video is especially problematic from a public health perspective given the serious and potentially life-threatening risks associated with the drug.”

FDA complains about the multiple scene changes. Specifically, “Mr. Groove” dances while cooking, working in an office, mowing his lawn, picking tomatoes with his children, and walking his dog. “The presentation of these compelling and attention-grabbing visuals, all of which are unrelated to the risk message presented in the audio and on-screen SUPERS, in addition to the frequent scene changes and the other competing modalities such as the background music [“Let’s Groove” by Earth, Wind & Fire], compete for the consumers’ attention,’ says FDA.

FDA had a similar complaint regarding a TV ad (here) for Celgene’s psoriasis treatment Otezla. 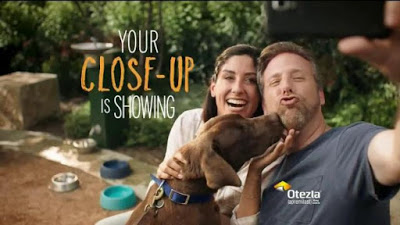 FDA’s letter to Celgene used the same language as the letter to Sanofi: all the “compelling and attention-grabbing visuals and SUPERs, all of which are unrelated to the risk message, in addition to the frequent scene changes and the other competing modalities such as the musical interjections [“Walking On Sunshine” by Katrina & The Waves], compete for the consumers’ attention.”

In 2011, FDA studied the “Effect of Distraction on Information Processing in DTC Television Ads,” noting that “critics of DTC ads speculate that visual images of emotionally pleasant scenes during the presentation of risk information detract from the comprehension of that risk information.” FDA’s study “investigated the role of visual and tonal distraction as well as the potential mitigating role superimposed text may play. Results demonstrated strong evidence that including risk-reinforcing superimposed text during the major statement increases comprehension of that risk information. Findings regarding visual and tonal distraction were less clear, partially due to manipulations that were not as strong as intended.” Find the executive summary here.

Will Viagra be Approved for Antidepressant-Related Sexual Dysfunction in Women?