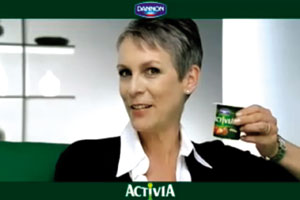 When it comes to false health claims made by food advertisers, the Federal Trade Commission (FTC) is the federal agency that is empowered to act (see, for example, “Kellogg Engages in Serial Advertising Misbehavior“). But the FDA has jurisdiction over the labelling, which is what is written on the box or container in which the food is delivered.

In a report, the Government Accounting Office (GAO) — the investigative arm of Congress — said “FDA Needs to Reassess Its Approach to Protecting Consumers from False or Misleading Claims.” In fact, that is the name of the report, which you can find here.

Structure/function claims describe the role of a nutrient or dietary ingredient intended to affect normal structure or function in humans, for example, “calcium builds strong bones.” In addition, they may characterize the means by which a nutrient or dietary ingredient acts to maintain such structure or function, for example, “fiber maintains bowel regularity,” or “antioxidants maintain cell integrity,” or they may describe general well-being from consumption of a nutrient or dietary ingredient. Structure/function claims may also describe a benefit related to a nutrient deficiency disease (like vitamin C and scurvy), as long as the statement also tells how widespread such a disease is in the United States. The manufacturer is responsible for ensuring the accuracy and truthfulness of these claims; they are not pre-approved by FDA but must be truthful and not misleading.

The problem, says GAO, “FDA – unlike the Federal Trade Commission (FTC), which can require companies to submit any relevant evidence as part of an investigation of whether claims are substantiated – does not have the ability to compel companies to turn over their substantiation documents….FDA does not have express legal authority to compel the company to provide such information.”

Not only is FDA’s legal authority a problem, FDA has not provided guidance to industry on the evidence it needs to support such claims, says the GAO.

It’s no wonder that the FTC has had more success quashing these claims than the FDA. One notable example of that is the action taken against Dannon for allegedly overstating the digestive, immunity and other health benefits related to Activia yogurt and DanActive dairy drinks. Dannon had to pay a fine of $21 million and Jamie Lee Curtis can no longer make “deceptive hypes for health and digestive benefits of Activia and DanActive,” Attorney General Richard Blumenthal said. “Dannon outrageously overplayed the health power of yogurt — making unscientific claims about promoting good digestion, preventing flu and enhancing health,” said Blumenthal.

Those Activia commercials seemed pretty over-the-top to me and many comedians developed skits around the claims (see this Saturday Night Live excerpt on Hulu). But the typical consumer is confused, says the GAO. “Consumers find it difficult to distinguish among the many different types of claims on food labels, including health claims, qualified health claims, and structure/function claims.” I’m pretty confused myself.

If Only I Could Download This Pharma Mobile Health App, I...