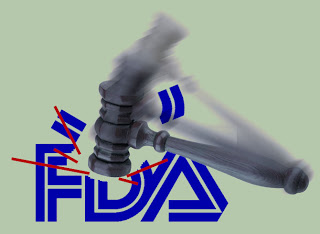 Drugmakers dissatisfied with the FDA’s use of guidances as a form of policymaking — including long-awaited guidance for use of social media by the pharmaceutical industry — could find legal ammunition against the practice in the case “United States of America v. Franck’s Lab,” which is pending appeal in the U.S. Court of Appeals for the Eleventh Circuit.

I noted before that the drug industry may be arraying its legal forces to derail the issuance of social media guideline (see “Pfizer Asks for New FDA Regulations, Not Guidance, for Social Media” and “Pharma Turns Up the Heat on Off-Label ‘Free Speech’ Chilled by FDA – Implications for Social Media Marketing“).

The ruling being appealed is that FDA does not have authority to enjoin the “long-standing, widespread, state-regulated practice of pharmacists filling a veterinarian’s prescription for a non-food producing animal by compounding from bulk substances.” What can this possibly have to do with social media guidances?

According to a recent Washington Legal Foundation (WLF) “Backgrounder” (see “Court Ruling – If Upheld – Casts Doubt on FDA’s Use of Guidance Documents“), “While Franck’s case involved pharmacy compounding of bulk pharmaceuticals in non-food producing animals, its implications extend broadly to other areas of FDA law, particularly as it relates to FDA’s increasing use of guidance documents to expand regulatory requirements. In the past year, FDA has issued dozens of important draft guidance documents and final guidance documents, while releasing very few significant regulations. Given FDA’s penchant for issuing guidance documents instead of proceeding through notice and comment rulemaking, the court’s decision may have broad applicability concerning FDA’s ability to regulate or enforce its laws through guidance instead of rules. Indeed, FDA often applies draft guidance documents as if they represented binding obligations. It sometimes even references the contents of the document in communications with industry before the document is finalized.”

WLF points out another reason the drug industry prefers rulemaking over guidance: “When FDA issues guidance documents,” says WLF, “it tends not to acknowledge the negative comments. The agency typically offers no explanation for why it has opted to stick with its proposed language, rather than making changes to address adverse comments. This failure to respond to comments is not permitted for agencies when they engage in rulemaking [my emphasis].”

This lack of response to comments is a significant factor for social media guidance. The FDA held a public hearing and requested comments on the social media regulatory issues it proposed to write guidance for. Many, many comments were submitted (see “Answers to FDA’s Questions Regarding Pharma’s Use of Social Media“) and so far the FDA has remained mum regarding these comments and may even do so when — and if — it publishes more social media guidelines. The recent off-label guidance (see “FDA Guidance on Responding to Unsolicited Requests for Off-Label Information Via Social Media“) also did not refer to any comments the agency may have received.

“If the district court’s ruling is upheld,” says WLF, “its analysis on FDA’s use of guidance documents is likely to be cited in other FDA proceedings and legal challenges testing the agency’s right to enforce through guidance in lieu of regulations.”

P.S. I note that the court case in question involved the death of several ponies due to a compounding error! PONIES! Lucky that it wasn’t PEOPLE because I’m sure the court would not be so callous as to strike down FDA’s rights in that case.

[Hat Tip to Darshan Kulkarni (see @FDALawyers and website) for providing information about this case.]