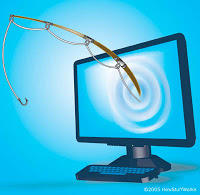 Lately I’ve been doing some research on who’s “following” me on Twitter and I’ve discovered same really interesting things, including a phishy (ie, phony) “pfizer” Twitter account. More on that later.

If you don’t know what Twitter is, shame on you! From Wikipedia, the free encyclopedia:

“Twitter is a social networking and micro-blogging service that enables its users to send and read other users’ updates known as tweets. Tweets are text-based posts of up to 140 characters in length. Updates are displayed on the user’s profile page and delivered to other users who have signed up to receive them. Senders can restrict delivery to those in their circle of friends (delivery to everyone being the default). Users can send and receive updates via the Twitter website, SMS, RSS (receive only), or through applications such as Tweetie, Twitterrific, Twitterfon and Feedalizr. The service is free to use over the web, but using SMS may incur phone services provider fees.”

Twitter is used by many people like Shwen Gwee, part of the Business Solutions group at Vertex Pharmaceuticals and mastermind behind med 2.0 blog. I follow Shwen on Twitter (find him here: http://twitter.com/shwen) even though he violates one of my conditions for following someone on Twitter: I’m not that interested in tweets like “I’m at the barbers waiting for a haircut. There’s like 7 ppl ahead of me n I need to be home in 1.5hrs for a call – hope they cut quickly!”, which was one of Shwen’s recent tweets.

Shwen, however, makes up for mundane personal tweets by posting a lot of information that interests me. Not only does he often speak at conferences such as the recent ePharma Summit (see “ePharma Summit: Practicing What’s Being Preached!“), he “live tweets” from them. Shwen’s Twitter stats are impressive: he follows 797 people, 952 people follow him (including me), and he has posted 3,504 tweets.

Compare that to my stats: I follows 45 people, 517 people follow me (including Shwen), and I have posted 359 tweets. You can find me at http://twitter.com/pharmaguy

At first I thought I’d end up “following” more people than followed me, but it was soon apparent that I could not keep up with the hundreds of people who follow me. Lately, however, I’ve been thinking that the people who follow me on Twitter constitute a group of “readers” I should learn more about. So every time someone new signs up to follow me — I get an e-mail notice when this happens — I visit his or her Twitter page to learn more. Not only am I interested in who these people are, I am also interested in who their Twitter friends (followers) are. Based upon my review, I decide then and there whether or not I should follow them. I figure that by following the most interesting people with the most friends, that will help me attract many new followers of my tweets!

Why don’t I just follow everyone who follows me? The main reason is that I would need to scroll down a long list of tweets from the people I am following to find the ones that really interest me. What I need is a way to automatically filter these tweets to display only the ones that are most relevant. I’m sure there is an app for that – right?

Anu Acharya – the founder and CEO of a global genomics outsourcing company called Ocimum Biosolutions. Anu makes some interesting observations such as “Am wondering why the cosmetic industry isnt doing much genomics work. My ‘make up’ should be mine right?” but she also seems to have a curious hobby: “Its time to let go of Lego and shift our attention to Siftables. They are the coolest little blocks esp the music ones.” What are “Siftables”? A Google search reveals: Independent, cookie-sized devices with sensing, graphical display, and wireless communication. I learned something from that, but what do I do with it?

Julia Bigpharma – (I doubt that’s her real last name!) I was interested in Julia because of her Twitter handle (bigpharma) and the interesting photo she uses as her Twitter avatar icon. She’s into “Pharma gossip, drug wars, and meaningful meaninglessness.” I really appreciate that she tweets about my tweets that refer to my blog posts and found this among her tweets: “I’M A DUDE PLAYING A DUDE DISGUISED AS ANOTHER DUDE. This is my life, Jack!” and “My childhood hero is now a gay icon. Discuss.” I’ll pass on that discussion but I note how Twitter can work to my benefit: a follower tweeted about my tweet and now HER followers know about me — maybe some of them now follow me directly! I’d like to follow “bigpharma” because I admire big women with radical views who are into ‘meaningful meaninglessness.” But she only has 23 followers. Sorry, bigpharma.

Marc Monseau – who works at Johnson & Johnson, and “will Tweet about topics that I’m familiar with and that I write about on our blog, JNJBTW.” Of course, I also know Marc because he writes the JNJBTW blog. I follow him because of that and also because he has 381 followers and follows 304 people. That’s impressive since he just got started with Twitter about a month ago! Marc also tweets about me: “Colleague Tricia corrects blog discussion: http://tinyurl.com/byralc“, which demonstrates how pharmaceutical companies SHOULD be using Twitter.

Pfizer Poser on Twitter
“pfizer” may appear to be Pfizer’s entry into Twitter, but I suspect this is a “phishy” account; ie, a Phony Pfizer or Pfizer Poser. What tips me off to this? Tweets like “St. Clair County woman filed suit against Pfizer & one of its employees alleging she was injured after the employee collided w/ her vehicle.” Why would the REAL Pfizer post something like that, without a link to more info? Also, take a look at this one: http://tinyurl.com/apts9t — that’s the entire post! Nevertheless, the ploy worked! With only 47 tweets made, “pfizer” has attracted 347 followers and follows 346 people — I suspect whatever bot is running this automatically follows everyone that follows it! Which proves my point about how to leverage Twitter.

It occurs to me that the REAL Pfizer should go after this phony “pfizer” and shut it down. But that’s NOT my yob. What I should do is BLOCK “pfizer” from following me. But then I would not benefit from all the dupes who follow it in the belief that it is the REAL Pfizer.