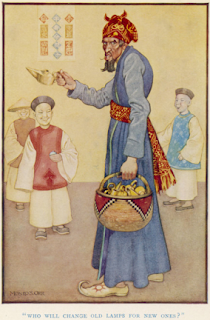 FDA has often said that developing guidance for applying regulations to social media is like nailing jelly to a tree. Actually, OPDP head Tom Abrams has said FDA would NOT “do guidance on specific technology platforms such as YouTube, Facebook, or Twitter … [because] those things are really big now, but you know what, two years from now who knows what the next thing [will be]?” He said that at an industry conference exactly two and one-half years ago (see “FDA’s Abrams Spends 4 Minutes Discussing Social Media Guidance at ePharma Summit!“).

You know what? YouTube, Facebook, and Twitter are still here and there really hasn’t been many new “things” unless you count Pinterest — which has been picking up steam lately — and Vine (see “Seen on Vine: Loopy 6-Second Pharma Videos“).

I guess Abrams is afraid that after “working very, very thoroughly and very hard” and having his people put in “extra hours” on developing SM guidance (see “FDA’s Abrams Repeats Same Old (Empty) Promises Regarding the Issuing of Social Media Guidance“), such guidance will soon be out of date and need to be revised.

As if FDA never purges and revises “old” guidance!

Yes, FDA routinely retires and revises out-of-date guidance documents. In fact, the agency recently announced its intention to do precisely that in the Federal Register (see “Retrospective Review of Draft Guidance Documents Issued Before 2010; Withdrawal of Guidances“):

“The Food and Drug Administration (FDA) is announcing an initiative in the Center for Drug Evaluation and Research (CDER) involving the review of draft guidance documents issued before 2010 to determine their status, and to decide whether those guidances should be withdrawn, revised, or finalized with only minor changes. Guidances that are no longer up to date, and for which more current information is available, will be withdrawn. Guidances that reflect CDER’s current thinking, CDER will decide whether to revise or finalize. This notice describes CDER’s initiative, announces the first group of guidances to be withdrawn, describes in general terms draft guidances under consideration for revision or finalization, and explains how CDER is making this process as transparent as possible.”

Most of the guidance documents on FDA’s purge list have nothing to do with advertising and were issued prior to 2004. But FDA specifically includes guidance related to “Drug advertisements” on its list of “guidances for revision or finalization.”

So, if FDA routinely purges and revises guidance documents, what’s the big deal about publishing guidance for YouTube, Facebook, and Twitter NOW and revising later as necessary? I am not the first person to recommend that this process. See, for example, “FDA Urged to Take “Small Steps” in Developing Final Guidelines for Mobile Medical Apps. Good Advice for Social Media Guidelines As Well.“

“CDER would like to make this process as transparent as possible, consistent with the GGP regulation,” notes the Federal Register announcement. “Interested persons” — that includes you and me — may submit comments regarding Agency guidance documents to http://www.regulations.gov.

Meanwhile, the latest July 26, 2013, version of FDA’s “Guidance Agenda: New & Revised Draft Guidances CDER is Planning to Publish During Calendar Year 2013” (find it here) includes only one document related to advertising and it has nothing to do with social media: “Considerations for Regulatory Submissions of Promotional Labeling and Advertising Materials including Submissions in Electronic Format.” So much for “working very, very thoroughly and very hard” and “putting in extra hours.”