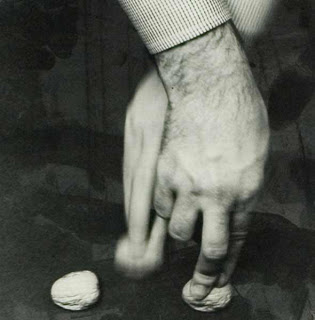 FiercePharma and other online news outlets earlier today published a press release from GSK (originally distributed through PRWeb) that said the company was offering a 50 percent discount on meds for U.S. patients who are uninsured “no matter a patient’s income level or whether he or she qualifies for public programs” (see archive here).

I immediately tweeted the news via Twitter and a few of my 1200 or so Twitter pals retweeted (RT’d) and a few of THEIR friends RT’d and so on. As a consequence, it appears that GSK was besieged by calls from consumers seeking more information.

Unfortunately, GSK says it was all a mistake!

According to FiercePharma (see here):

“A GSK spokesperson, as well as a PRWeb manager, contacted us to say that the release was published in error,” said FiercePharma Editor Maureen Martino. “The release ‘was a test publication which was accidentally distributed through PRWeb,’ according to the manager. ‘We are currently in the process of retraction for Comtex and TradingMarkets.com. Needless to say, GlaxoSmithKline is extremely unhappy about this.'”

You know who is also unhappy? All those consumers who need this price reduction, that’s who!

In the “erroneous” press release, Deirdre Connelly, President US Pharmaceuticals at GSK, was quoted as saying:

“It’s innovating to help people afford their medications. We are pleased to introduce our Prescription Cost Relief Card, which will help no matter a patient’s income level or whether he or she qualifies for public programs. We feel this is simply the right thing to do, especially in this economy.”

You may remember Deirdre from a previous post to Pharma Marketing Blog (see “Lilly’s Connelly: The Diversity Issue“) when she was working for Eli Lilly, I believe. Maybe she’ll be out of a job soon herself and seeking help paying for HER medications! I hope not.

So, what is GSK doing? It’s back pedaling, that’s what! Referring people to its standard Patient Assistance Program, which while laudable, has a lot of restrictions. Many working uninsured people, for example, probably would not qualify.

The idea of offering a 50% discount to all uninsured US citizens is a brilliant one that, if GSK were to keep its promise, would win a lot of admiration from the public and raise awareness of the plight of the uninsured in this country.

Maybe the powers that be — eg, insurance companies — got to GSK and threatened to remove GSK drugs from their formularies. Or maybe GSK just was not ready to pull the trigger and it is telling the truth about a “vendor error.” I don’t know.

Whatever! I think that GSK should live up to its initial promise or else this whole episode could be what the Federal Trade Commission (FTC) calls “consumer fraud.”