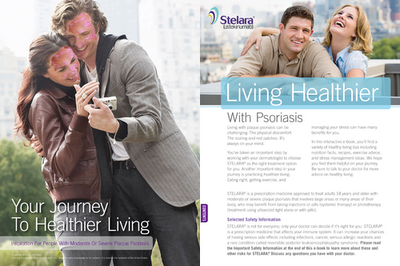 According to the Wesleyan Media Project, which tracks political advertising, over 80% of the two presidential campaigns’ television advertising was negative. Greg Kirsch over at Intouch Insights Blog asks: “So if the public … hate the negative discourse, why does it continue?” and then answers: “Because it works.”

Kirsch thinks pharma marketers should learn from political advertising and “avoid automatically defaulting to the positive — e.g, ‘If you take this drug, you can be like this happy couple walking on the beach.'” Instead, suggests Kirsch, “what if we defined the offer as a way to prevent health loss? As in, ‘If you don’t take this drug, you won’t be able to do the things you love.'” (Read all his comments here.)

Here’s a typical “positive” pharma direct-to-consumer (DTC) ad that you might find in a woman’s magazine: 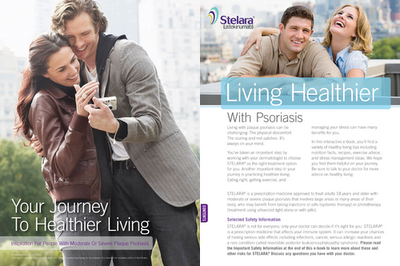 Imagine this ad remade to be slightly more “negative” like this:

Of course I’m limited in my ability to use Photoshop. The people on the left are supposed to represent what you would look like WITHOUT Stelara. Obviously, they should not be smiling like the people on the right who have been treated with Stelara. Anyway, I think you see where I am going with this.

There are a host of reasons why pharma would or should never do something like this — primarily because of FDA regulations. Even if my make-believe ad did not illustrate before and after treatment, but just used the “before” image on the left, I imagine that the FDA would have something to say about the ad.

But a more important reason why pharma should NOT use “negative” ads, IMHO, is because patients don’t want to be reminded of how bad they look or feel. We are conditioned to view OURSELVES as the people depicted in ads no matter if they are ads for soap suds or for drugs. Clearly, however, people featured in negative political ads are specific persons that are being targeted and are not supposed to represent the typical viewer.

Now, I imagine the print portion of ads could talk about the negative implications of not being treated. In fact, that is done very often. Unfortunately, print does not have the same impact as do images.

Just some of my thoughts about what pharma should not learn from political ads.