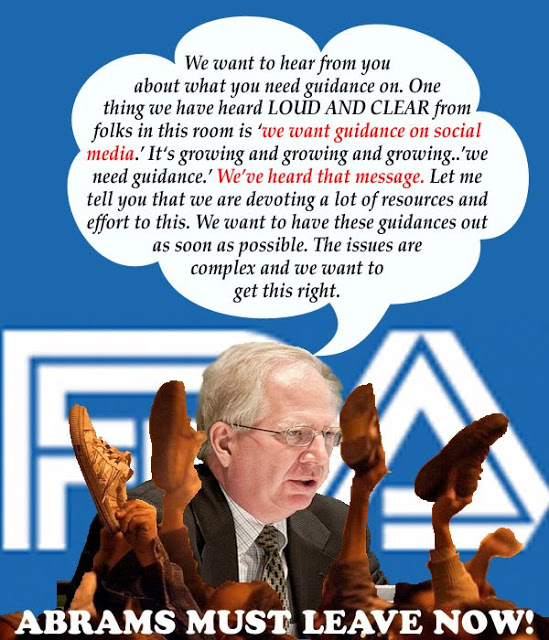 There were rumors at the recent ePharma Summit that DDMAC would come out with social media guidelines sometime in the next few months — maybe by April, 2011. The crowd who gathered the following day in the great hall was at first jubilant in anticipation of the speech by Thomas Abrams, Head of DDMAC since 2000.

The crowd’s mood changed dramatically, however, when Abrams did NOT mention any specific date during his presentation. Instead, he stated his allegiance to FDA’s “Good Guidance Practices,” which govern the orderly process of issuing guidance.

It seems that Abrams will remain as head of the hated DDMAC regime for some time to come. But his promises may no longer be enough to stem the growing frustration of the crowd.

P.S. I urge all my readers to support the demands of the Egyptian people for democracy and the ouster of the dictator Mubarak! You can get the best coverage of events by watching the live streaming video with commentary via Aljazeera English here.

Your Wife, Your Choice – Diapers or Detrol (now Toviaz)?