“Senator Charles Grassley (R-Iowa) has gone and put a hold on the nomination of Dr. Andrew C. von Eschenbach. There was movement to try to get him approved in the lame-duck Senate session, but the hold would put that into doubt.” 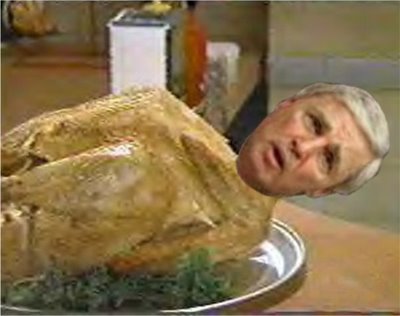 Interestingly, this is the third hold by Republicans classified as “political” vs. two Democratic holds classified as “legitimate” by my friend Mark Senak, author of EyeOnFDA:

“According to reports, this hold is rooted in concerns about the approval of Ketek, manufactured by Sanofi Aventis…other holds placed on this nomination were solely for political objectives – one regarding importation, one regarding abortion by Senators Vitter (R-Louisiana) and DeMint (R-S. Carolina), respectively.”

It appears that the von Eschenbach nomination is headed for turkeyville; I know I am.