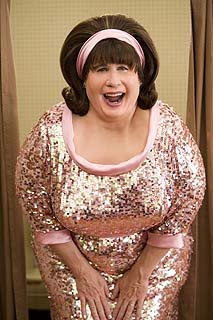 Eli Lilly takes this year’s Marketing Overdose Award for the promotion of its erectile dysfunction (ED) drug, Cialis. The award was given by Consumers International (CI), a non-profit international consumer advocacy group with member organizations in 220 countries (ie, Consumers Union in the US).

“Eli Lilly has run foul of marketing regulations in the promotion of it’s erectile dysfunction (ED) drug Cialis on a number of occasions around the world,” states CI (see “Eli Lilly — The Marketing Overdose Award for rampant promotion“). “In October 2008, the UK [Prescription Medicines Code of Practice Authority] reprimanded Lilly for not providing adequate information about the side effects of Cialis in its online and in-surgery promotions. The online information site was linked to the first ever television ‘infomercial’ by a drug company in the UK, and the need for its censure is a worrying indication of where drug promotion in the Britain may be heading,” says CI.

The Web site and campaign CI is talking about is the “40 over 40” campaign, which claims that “40 per cent of men aged over 40 had problems with erectile dysfunction.”

“Erectile dysfunction is a serious condition that affects millions of people worldwide,” said Justin Macmullan, Consumers International Head of Campaigns. “But consumer-focused promotions for drugs like Cialis exaggerate the number of potential sufferers and encourage men and their partners to seek prescription drugs for conditions that could be alleviated by changes in lifestyle. This is irresponsible drug marketing at its worst.”

I pointed out all of this in July, 2008, BEFORE Lilly was reprimanded. See 40over40: Lilly’s DTC ED Awareness Campaign in the UK.

Neither CI nor the UK watchdog, however, mention a neat marketing trick Lilly employed on the Web site to get around the ban on promotion of brand name drugs in the UK.

In July, I noticed a section of the 40over40.com site is about “ED treatment options,” which included a table listing oral treatments, penile injections, and vacuum pumps. But due to EU laws banning DTC advertising, the site did not list oral treatments by name and referred to them simply as “product 1,” “product 2,” and “product 3.”

Visitors were urged to talk to their doctors about treatment options, which I imagine would go like this: “doc, I would like ‘product 1’ please.” [Who would bother to ask about product 2 or 3, which clearly were not as good as product 1?] It would be pretty easy for Lilly sales reps to prep doctors so that they know that “product 1” is Cialis when UK guys come in and ask for it.

Today, when you visit the 40 over 40 site, you can still find the link to “10 treatments that can help you” on the home page, but the link leads to a note that says “This page is currently being updated. Sorry for any inconvenience.” This “update” has been going on for quite a while.

I tried finding an archive of the page on the Way Back Machine Web Archive (www.webarchive.com), but there were no entries beyond 2005. I did discover, however, that the 40over40.com domain name was once used by Brenda Kinsel, the author of 40 Over 40: 40 Things Every Woman Over 40 Needs to Know About Getting Dressed.

Maybe Lilly will change its campaign to focus on “40 things every man over 40 needs to know about getting an erection.” Now that would be ED marketing even I could appreciate!

How Many Adverse Event Reports Are Submitted to the FDA? Whatever...