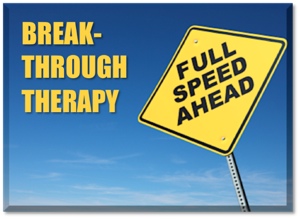 In an article published by JAMA Oncology (JAMA Oncol; October 29, 2015), the authors noted that the use of superlatives to describe cancer drugs in news articles as “breakthrough,” “revolutionary,” “miracle” or in other grandiose terms was common even when drugs were not yet approved, had no clinical data or not yet shown overall survival benefits (read “Journalists & Physicians Use Superlatives, Some Supplied by FDA – e.g., “Breakthrough” – to Describe Unapproved Cancer Drugs“).

It turns out that some of them come from the FDA, which uses a bevy of new drug approval designations that marketers and, in turn, journalists, can use to their advantage. In 2015, for example, 60% of of the 45 drugs approved by the FDA were designated in one or more the following categories: “Fast Track,” “Breakthrough,” “Priority Review,” or “Accelerated Approval.”

What level of evidence does the FDA require in order to label a drug a “Breakthrough” therapy? Take the following short survey (check a box and hit “Next” to see if your were right; then hit “Submit”). Click on “Read more >>” to see how physicians answered the question.


Congrats if you chose “Preliminary evidence (e.g., uncontrolled studies or studies testing surrogate outcomes). According to a study appearing in the April 12 issue of JAMA (here), 52 percent of internists and specialists surveyed incorrectly believed that strong evidence (randomized trials) is needed to earn the breakthrough designation whereas 45% got the correct answer.

“The misconceptions identified may lead physicians to overprescribe newly approved drugs—particularly breakthrough therapies— and inadequately communicate how well these drugs work to the patients who will use them,” the authors write.

Merck to Vioxx Plaintiffs: Settle or Else!