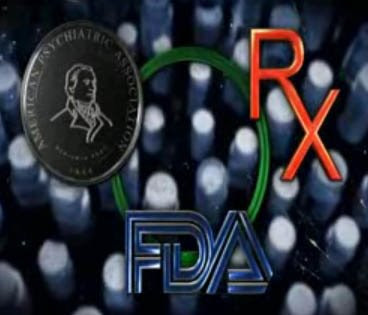 I stumbled across “Making A Killing” — a new video produced by the Citizens Commission on Human Rights (CCHR), which is a non-profit organization founded in 1969 by the Church of Scientology — after reading a post by Howard Brody, medical ethicist author of the Hooked: Ethics, Medicine, and Pharma blog.

Brody wrote a “public service announcement” claiming that he was misled into being interviewed for the video that demonstrates the “underhanded and dishonest methods used by Scientology to attack the practice of psychiatry and the use of psychotropic medications.”

Brody ended by saying “I regret very much allowing myself to have become involved in this project and would like it to be known that I disown and disapprove of the final product and the way that it has been disseminated.”

Of course, after reading Brody’s account, I just HAD to view the 95-minute video, which is available in ten segments via YouTube (start here). Currently, this video has only been viewed by a few hundred people, but I suspect many more people will be viewing it after it is talked about in the Pharma Blogosphere, starting with Brody’s attempt to distance himself from the project.

The description the video states:

“Psychotropic drugs. It’s the story of big money–drugs that fuel a $330 billion psychiatric industry, without a single cure. The cost in human terms is even greater–these drugs now kill an estimated 42,000 people every year. And the death count keeps rising. Containing more than 175 interviews with lawyers, mental health experts, the families of victims and the survivors themselves, this riveting documentary rips the mask off psychotropic drugging and exposes a brutal but well-entrenched money-making machine.”

Obviously, CCHR makes no bones about being vehemently anti-psychiatry and describes the many ways that psychiatrists and the FDA are in cahoots with the drug industry to get psychotropic drugs approved and prescribed based on very little evidence. One claim the video makes is that many clinical trials of these drugs only involve treatment for 8 to 12 weeks, whereas patients may take these drugs for years.

The video scans a few published articles to prove this point, but I decided to check for myself. I chose to look at drug trials for Cymbalta, which was approved by the FDA for the treatment of “Generalized Anxiety Disorder” (GAD) — one of those “diseases” that the video claims is not a disease at all. I picked a study at random from the Lilly Clinical Trial Registry site and found trial 5075 (HMBR), a phase III study. Sure enough, when you look at the report, the duration of treatment was 9 weeks, during which time there were no deaths reported.

On the basis of these kinds of trials, the drug industry is completely truthful when they say that clinical studies show no evidence that these drugs cause an increase in suicides, which is what CCHR and many relatives of people who have committed suicide when on these drugs claim. So, we will never know if “psychotropic drugs now kill an estimated 42,000 people every year” as the video says. But that number is just thrown in by CCHR for dramatic effect and you may call it “underhanded and dishonest,” but if you can get beyond the rhetoric, you’ll have to admit that the video makes some very valid points worth considering.

For example, the video points out that many mental disorders that are catalogued in the DSM as “diseases” are not really diseases at all. They are just disorders or some common, everyday behaviors we all endure that have been “voted” as diseases by psychiatrists who profit from drug industry money and from writing prescriptions. Many of the experts interviewed admit that there are no physical, objective tests for mental illnesses. The Cymbalta study I cited above, for example, uses a HAMA score — a subjective rating test where patients answer questions about how they feel — to determine effectiveness of the treatment.

I’m not going to jump up and down on my couch to defend the Church of Scientology’s position that all mental diseases are fictitious and do not require drug treatment. But there does seem to be scant scientific evidence to support the use of admittedly dangerous drugs for such iffy conditions as GAD (see “eGAD! How I Learned to Stop Worrying and Love Cymbalta!“).

However, we don’t have to look much further than the news reports of the last few days to know that psychiatrists are too cozy with the drug industry. Just yesterday, Ed Silverman of Pharmalot reported that Harvard University’s Joseph Biederman — a world-renowned child psychiatrist also mentioned in the CCHR video — “had earned far more money from drugmakers than he had reported to the school” and that “e-mails and internal Johnson & Johnson documents made public in a court filing reveal Biederman pushed the drugmaker to fund a research center at Massachusetts General Hospital, and the point was ‘to move forward the commercial goals of J&J,’ according to the documents, The New York Times reports. The documents also show J&J wrote a draft summary of a study that Biederman was said to author” (see “Harvard’s Biederman And His Ties To J&J“)

Silverman also reported this story a few days ago:

“Last May, National Public Radio talk-show host Fred Goodwin was, himself, the subject of a great deal of chatter. An episode of his program, “The Infinite Mind,” which is heard on 300 NPR stations, featured three experts who discussed the controversial link between antidepressants and suicide. And all four, including Goodwin, declared that worries about the drugs have been overblown.

“But there was a catch: Goodwin never pointed out that all three guests had ties to pharma, or that the show received ‘unrestricted’ from drugmakers, including Lilly, which sells Prozac and Cymbalta. The segment, by the way, aired just two months after UK regulators concluded a four-year investigation of Glaxo’s Paxil and found the drugmaker had been aware since 1998 that its pill was associated with a higher risk of suicidal behavior in adolescents.” (See “Talk Is Not Cheap: NPR Host Has Ties To Pharma“).

Last week, the Carlat Psychiatry Blog reported “an FDA advisory committee has accused the agency of doing too little to warn physicians about the dangers of prescribing newer antipsychotics to children” (see here).

Speaking of FDA Advisory Committees, CCHR points out what we’ve all been saying for years: these committees are loaded with conflicts of interests — physicians who have ties to the drug industry who recommend drugs for approval.

Neither you nor I may want to further the goals of the Church of Scientology, but it has produced an effective video that is an indictment of the drug industry’s too close ties with psychiatrists. I urge you to view this video and get beyond the hype to objectively evaluate some of the issues it raises. It made me rethink a few things.