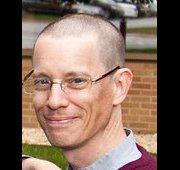 The most visible and most accessed example of crowd-sourced “creative commons” information is Wikipedia where “wikipedians” – i.e., people who write and edit the pages for Wikipedia – create drug information pages such as the one about rosuvastatin (“marketed by AstraZeneca as Crestor”).

“Nearly 75% of US physicians going online for professional purposes are visiting Wikipedia for medical information according to Manhattan Research,” says Eileen O’Brien, Director, Search & Innovation at Siren Interactive. “And 36% of US consumers searched for health info on Wikipedia according to Rodale’s DTC Study. This is because Wikipedia dominates the search results for health. As Wikipedia plays such a key role, I think it’s essential that pharma help to provide accurate information.” O’Brien made her comment in response to the this survey: Should Pharma Edit Wikipedia Articles? You can take the survey here — afterward you will be able to see a summary of the results to date.

There may in fact be several “wikipedians” responsible for a single page of drug information on Wikipedia. The rosuvastatin page, for example, was edited by over 175 people as of 21 July 2012. The top three “editors” were:

Who are these “wikipedians” and what credentials do they have as credible sources of drug information? We may never know who “anon” is, but we have some information about identified contributors.

“Jfdwolff” is a a “Dutch doctor living and working in the United Kingdom.” “MALvis” is a US physician, “specializing in preventive, non-invasive and invasive cardiology and internal medicine in San Antonio.” Both seem to be well-qualified to write about rosuvastatin, but their Wikipedia profiles tell us nothing about possible conflicts of interest (COI).

“Ceyockey,”  however, does have a COI. He is Courtland Yockey, an “informatics scientist” who lives in Delaware and works for a “top-10 multi-national pharmaceutical company,” according to his profile on Wikipedia.

According to his LinkedIn page, the pharmaceutical company that Yockey works for is Astrazeneca, which markets rosuvastatin as CRESTOR.

“I believe that my editing of Wikipedia is generally beneficial,” says Yockey in his Wikipedia profile, “and I have no regrets or concerns about anything that I have or will create or revise here, which is why I am willing to provide my real name.”

Whether or not it is “beneficial” for individual pharma company employees such as Yockey to be editing Wikipedia information about their own company’s products is difficult to know for certain. Transparency, however, is crucial for judging credibility of drug information on Wikipedia. Yockey addressed transparency head on in a straight-forward fashion, although he failed to state unambiguously  in his Wikipedia profile that he works for “Astrazeneca.”

Did Astrazeneca empower Yockey or give him permission to edit Wikipedia pages about AZ drugs? That is, is Yockey an “official” Wikipedia spokesperson appointed by Astrazeneca to perform all Wikipedia article edits on behalf of the company? I doubt it. Yockey’s profile specifies that he works on edits from home.

It’s possible to determine the exact edits Yockey has made to the Wikipedia rosuvastatin page, but I do not have the time or resources to find that needle in a haystack of thousands of edits Yockey has made to Wikipedia articles over the years. Wikipedia is not user-friendly enough to allow ordinary citizens to ferret out that kind of information, IMHO. For all I know, Yockey could have written or edited the section titled “Debate and criticisms.”

Another problem with Wikipedia drug information pages is that they are not consumer-friendly — i.e., not written at a level that is understandable by non-physicians. The Wikipedia rosuvastatin page, for example, says “as with all statins, there is a concern of rhabdomyolysis, a severe undesired side effect.” Unfortunately, the article does not explain what rhabdomyolysis is in layperson terms.

The Pharma Glass Ceiling: Women Executives Tend to Be in Lower...