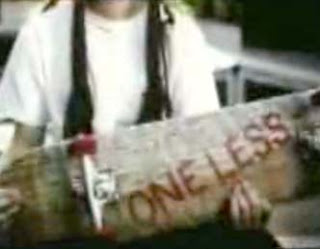 Merck is trying to market its cervical cancer vaccine Gardasil to women who may not benefit from it after U.S. sales shrank in July and August, according to a Bloomberg article (see “Merck Aims Gardasil to Women Least Likely to Benefit“).

This is in response to a 33% decline in sales.

As pointed out by Jim Edwards over at Bnet “Merck is simply adjusting its strategy to the inevitable grind of numbers: As more girls get the shot, its remaining market declines — and thus Merck must target increasingly marginally profitable populations” (see “At Merck, Desperation Sets in Over Gardasil“).

Merck clearly is trying to market Gardasil like a drug for long-term medical conditions such as high cholesterol. In fact, according to the Bloomber article:

Merck “is counting on Gardasil to help offset declining sales of cholesterol pills Vytorin and Zetia after a January study found they may work no better at unclogging arteries than a cheaper medicine. Sales of the asthma treatment Singulair, Merck’s top-selling drug, have also slowed over safety concerns.”

“Gardasil needs to be doing better,” said Barclays Capital analyst Tony Butler in New York, in a telephone interview. The vaccine “has become increasingly more important from a profit standpoint because of the concerns over Singulair and Vytorin and Zetia.”

Even though 75% of the most effective market for Gardasil (teenage girls from 13 to 17 years old) has not received a dose of Gardasil, Merck would rather focus on women ages 19 to 26, who have been less likely to get the shots than try to go after teenagers.

“We see tremendous opportunity,” said Bev Lybrand, Merck’s senior vice president of vaccines. “We have a number of programs under way to get after these women.” [My emphasis.]

Gardasil’s Marketing Problems
Gardasil has difficulties that marketing must overcome. These include price, effectiveness, and possible dangerous side effects (the CDC said it has received reports of 21 deaths and almost 10,000 side effects in women following vaccination). The latter is an especially difficult hurdle if you have to target mothers of teenage girls rather than the girls themselves — it’s taboo and even illegal in some cases to market to minors under the age of 18. For example, Merck cannot do direct mail or email marketing to teenagers by collecting names and postal/email addresses. That needs parental permissions.

Previously, Merck tried to avoid marketing Gardasil altogether by bribing state legislatures to make HPV vaccination mandatory for school girls. That backfired spectacularly (see “Gardasil: To Be Mandatory or Not To Be Mandatory — That is the Question“).

It’s much easier to market to women older than the age of consent. With these women the biggest obstacle is price. This age group is prone to lack medical insurance to cover the price of drugs. And, as mentioned above, public health experts feel it is not cost-effective to treat women in that age group. Merck will try to convince doctors otherwise. I predict, however, that Merck marketers will have a hard row to hoe with the 19-26 age group.

DTC Marketers Love to Use Animated Critters: Why?