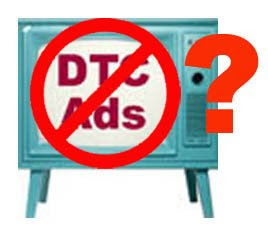 Representative Henry Waxman (Democrat) wants to give FDA the power to “bar consumer advertisements for newly approved drugs until they have proved safe in real-world use,” according to the New York Times. “Another Democrat, James P. Moran of Virginia is sponsoring a House bill that would ban ads for prescription sexual aids like Viagra and Levitra from prime-time television, on decency grounds.”

In the past, even some prominent Republications expressed strong opinions against DTC ads (see, for example, “Deconstructing Frist on DTC“).

The New York Times is joining in the “debate” over DTC advertising. In the past week, I have been quoted twice on the topic in the Times:

In both cases, I argue that DTC ads–especially TV ads–play up the benefits while de-emphasizing the risks. This practice is especially unacceptable for drugs with limited health benefits such as Latisse and certain sleep aids.

For the record, I’d like to reproduce my contributions to these articles and add back a few things that were edited out or give you links to more details.

Here’s how I was quoted in the “Eyelash of the Beholder” story:

John Mack, who publishes the e-newsletter Pharma Marketing News, notes that some critics of contemporary medicine complain of disease mongering — the conversion of what used to be routine dissatisfactions of life into medical conditions, often treatable with drugs. But he agrees that Latisse, like Botox, makes no pretense of addressing a medical condition, just a cosmetic one. What he wonders about are consumers who hear “F.D.A. approved” as meaning “completely safe.” The ad mentions potential side effects like itching and redness and that if Latisse comes into regular contact with the eye there is “potential for increased brown iris pigmentation, which is likely permanent.” The latter had Mack somewhat jokingly fretting on his blog about whether Shields’s baby blues might turn brown. His real point: “Many people don’t read the side effects.”

Too bad the columnist, Rob Walker, couldn’t use the title of my blog post, which got him interested in quoting me. That post was titled “Will Latisse Turn Brooke Shields’ Blue Eyes Brown?” I hope you’ll read it to get my complete views on that particular DTC campaign.

In the Room for Debate OpEd piece, I was allowed up to 400 words that were edited as follows:

The topic of direct-to-consumer advertising is a never-ending source of fodder for me, as well as other bloggers. I’m especially fond of those silly ads that feature dead presidents, beavers and bees. Very entertaining indeed, but are they educational? Not on your life!

Supporters of this type of advertising often cite the educational benefit it provides to potential patients. Indeed, a speaker at a recent industry conference raised the ante on the educational merit of these ads by suggesting that we “look abroad,” where there are no such ads, and “measure the health literacy to see the potential impact.”

I took the challenge, did some research and found a report that compared health literacy in the U.S. and in Canada. Canadians scored significantly higher than Americans.

Does this destroy the educational argument in support of direct-to-consumer advertising? Not necessarily. There is a difference between health literacy and being “educated” about a drug.

As for doing harm to consumers, I only need to quote the F.D.A.’s recently released “Draft Guidance on Presenting Risk Information in Prescription Drug and Medical Device Promotion,” which states:

Consumers have preconceived ideas about the amount of scrutiny these ads undergo. Many believe F.D.A. exercises tight regulatory control over the content of these ads and to some extent, believe that all ads have been prereviewed prior to airing. As a result, consumers are likely to expect that the most relevant risks have been included in the ad.

I am not against prescription drug advertising, but it’s hard to defend it when the industry pushes the envelope by overstating benefits and playing down the risks. That has got to stop.

The Times did a good job editing and made me look smarter and less “snarky.” But the edit did leave out the details of the study that compared health literacy in the US and Canada. You can find the details in the post “Health Literacy Worse Where There is DTC Advertising than Where There is No DTC!“

If you want to learn more about the FDA views on risk communication in DTC ads, see “Communicating Risk in Online Drug Ads: Reading the Tea Leaves in Recent FDA Draft Guidance.”

What the NYT OpEd editor cut out of my piece was the following closing: “But, please, please, do not get rid of the bees, moths, and re-animated presidents. Without them, blogging about pharmaceutical marketing would be too boring!”

Was that too snarky?

Some Interesting Pharma Predictions for 2013