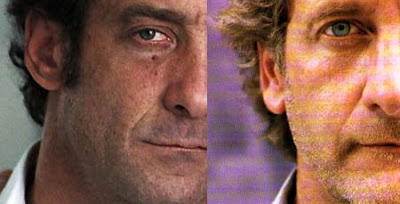 I just found this whole page ad for Trilipix in the June 22, 2009 issue of Newsweek magazine. It’s got to be the worst DTC print ad I’ve ever seen! Here. Look at it! Don’t you agree? 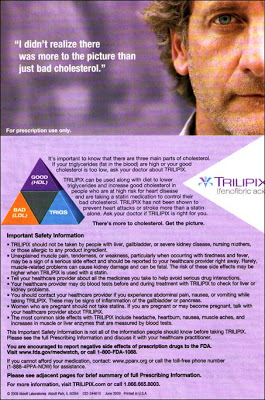 Abbott surely has gone overboard to make sure to balance benefit information with risk information.

I don’t think the FDA had this in mind when it suggested in recent guidance that “As a general matter, risk and benefit information should be comparably noticeable or conspicuous in promotional pieces, and audiences should be able to read both risk and benefit information with similar ease” (see “Communicating Risk in Online Drug Ads: Reading the Tea Leaves in Recent FDA Draft Guidance“).

What we have here (in the Trilipix ad) is a failure to communicate anything at all! It’s not that the risks aren’t as EASY to read as the benefits; both the risk AND the benefits are DIFFICULT to read!

The only statement that stands out is “I didn’t realize there was more to the picture than just bad cholesterol.”

Speaking of “pictures,” doesn’t the grizzled and disheveled character in the ad look like the French actor Vincent Lindon who starred in the movie La Moustache, which I just saw on cable TV?!

That’s Lindon on the left. Tell me that’s not him also on the right (ie, guy in ad)!

Maybe this ad catches the attention of French movie buffs like me, but to Americans who don’t know Lindon from Depardieu, I’m sure they pass it right by.

Is Your Brand a Digital Genius or a Feeble-Minded Idiot?