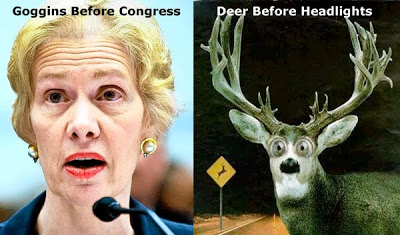 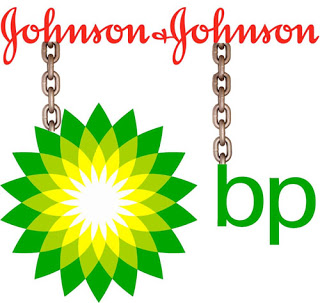 In another life or in the Bizzaro World I might be a successful blogger about the oil industry, which has many parallels with the drug industry, including:

Thus, if I were an oil industry blogger, I would be writing about issues similar to the ones I write about here on Pharma Marketing Blog.

For the past several weeks the parallels between the drug and oil industry have been brought to the front burner of my mind due to two unfolding stories: the Gulf oil spill caused by BP and the product recall by McNeil (a J&J company).

Of course, the effect of McNeil’s product recall on public health pales in comparison with BP’s failure. That’s an insignificant parrell.

But the causes of both fiascos seem to have been poor decisions by management. That’s the first significant parallel I noticed.

BP admitted that mistakes were made by its management just prior to the oil rig disaster and McNeil admitted it made “significant organizational changes in order to augment the quality and operations leadership on the management team and in all McNeil facilities.”

The fact that both company’s executives were summoned to testify before Congress is another parallel.

Ms. Googins was sent to testify in place of Bill Weldon, JNJ’s CEO, who declined to attend due to medical problems (see “JNJ’s CEO Weldon May Send Underling to Congress. The Aching Back Excuse”).

I learned today that some BP executives also said they would not testify before Congress due to “medical conditions.” According to a NY Times story “Three scheduled witnesses have changed their plans to testify, according to the Coast Guard. Robert Kaluza, a BP official on the rig on the day of the explosion, declined to testify on Thursday by invoking his Fifth Amendment right not to incriminate himself. Another top ranking BP official, Donald Vidrine, and James Mansfield, Transocean’s assistant marine engineer on the Deepwater Horizon, both told the Coast Guard that they had medical conditions” (see story here).

The medical excuses used by both J&J and BP executives is a bizarre parallel that probably has no significance other than the fact that corporate executives at both companies have circled their wagons and refuse to be held publicly responsible.

Perhaps another parallel is that both J&J and BP initially tried to cover up the extent of the problems.  BP originally reported that only 1,000 barrels of oil were leaking per day, whereas now independent estimates place it at 12-19,000 barrels a day. McNeil also publicly admitted much less of a problem with its products early on and only when confronted by the FDA did it expand its recall. BTW, McNeil has been accused of quietly engaging in a “phantom recall” during which its agents went to stores to purchase all of the painkiller Motrin on shelves without notifying FDA. These agents were said to have told store owners to remain silent about the activity (see “J&J ‘Phantom Recall’ Shows Motrin Troubles Go Back to 2008“).

FDA is now considering “additional enforcement actions against [Johnson and Johnson] for its pattern of non-compliance which may include seizure, injunction or criminal penalties,” according to Joshua Sharfstein, FDA Deputy Commission. He made his remarks during yesterday’s testimony (see J&J’s Manufacturing Deficiencies Could Draw Criminal Action From FDA).

What other parallels do you see?