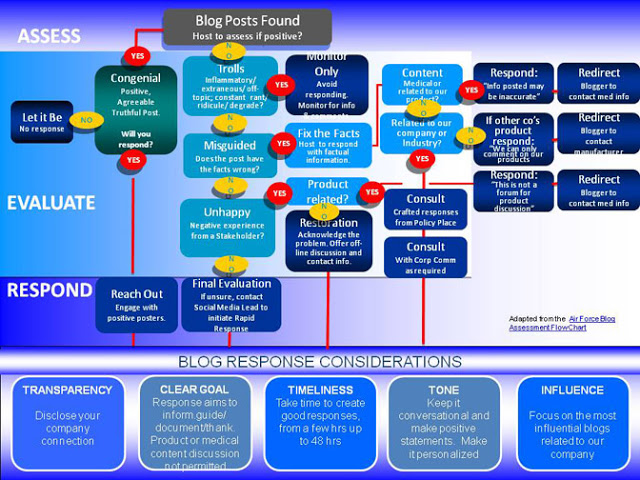 After the conference, I attended a Tweetup organized by Shwen Ghee (@shwen) at the Birreria (@birreria) rooftop beer garden. Unfortunately, they didn’t let Shwen up — something to do with “regulations.”

Back to the BDI conference. A few presentations were of interest to me and I mentioned them in an on-site interview with Sarah McLellan — the Aussie that Ate the Big Apple. See that that interview embedded below. If you haven’t been interviewed by Sarah, you’re missing a great treat!

John Mack, Pharma Guy, at BDI1 from Zemoga on Vimeo.

As in the past, Ray Kerins (@raykerins), Vice President of Worldwide Communications at Pfizer, made the Keynote presentation, in which he mentioned Pfizer’s “groundbreaking internal Social Media Playbook” that we’ve all been hearing about since last December or January. At that time, Kate Bird (@katebird; Digital Communications Professional for Pfizer), talked about the playbook at a BlogWell conference (see here). Bird explained what is in the Pfizer social playbook: definitions, resource repository, best practices specific to each channel, templates, samples and “watch-outs,” links to all Pfizer channels, and examples of best and “next practices.”

I also hear that the playbook includes this flowchart (from the Canadian branch of Pfizer), which only a process wonk would find useful:

I, of course, want to know if I can get a copy of this “groundbreaking” playbook. So I asked Kerins  if there is anything in the playbook that can be made public or if I could get a copy of it. Kerins said: “NO!” and then he backpedaled a bit:

“The playbook and social media policy are constantly evolving. We thought we had it finished last December, and then we realized we didn’t and we went back to update it. So, it’s constantly moving. While I don’t want to say it’s proprietary, I also don’t want to make too big of a deal about it because we call it common sense.”

Then he trailed off about people helping people and said “you’re actually seeing it action.”

Of course, I am not satisfied with that answer and I don’t see a lot of action in social media as far as Pfizer is concerned. Yeah, it has Twitter accounts and Facebook pages in practically every country. But where’s the social media “meat?” In fact, many of the social media sites attributed to Pfizer in the online Pharma Social Media Wiki (here), such as “MS Voices,” “MS Champions,” and “Addressing Psoriasis” are no longer available. Others, such as the “Our Hemophilia Community” Facebook page are nothing more than drug.com websites for which the playbook has long been out of date. BTW, “Our Hemophilia Community” may soon have to shut down because of Facebook’s new rules that require accepting comments on walls — something that Pfizer does not allow (I guess that’s in the playbook — ie, don’t play with consumers by allowing them to post comments).

Although several people tell me they have actually seen the playbook, no-one can actually give me a copy (citing client confidentiality). Some one sent me “Corporate Policy #407,” which was written in 2008 and covered “Corporate Blogging Policy.” It includes many “groundbreaking” rules such as “Adhere to all Pfizer policies,” “Adhere to all compliance related rules,” and “Do not use discriminatory, harassing, intimidating or offensive language as defined and discussed in Corporate Policy 303, Equal Opportunity.” Basically, it’s telling employees how to make personal posts on blogs.

Corporate Policy #407 cannot be what Kerins was talking about! It does not have anything to do with rules and best practices for official Pfizer social media projects.

Hoping to get hold of the AUTHENTIC Pfizer Social Media Playbook (if it exists), I tweeted this message after the conference:

“To any pfizer employee… Send me a copy of pfizer’s SM playbook & you get Hawaiian shirt off my back!”

NOTE: I may have received the precursor to the “playbook” from an anonymous source. See “Is This Pfizer’s Social Media “‘Playbook?’“