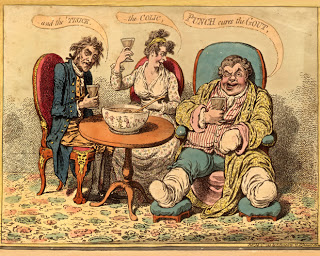 The drug industry often claims that it is facing an unprecedented “patent cliff” — ie, a point when many branded drugs lose their patents and generic drug versions enter the market to compete.

To forestall falling off that cliff, many pharmaceutical companies engage in practices akin to war — at least war as it practiced today — using bribes, technology, and legal skirmishes, all aimed at generic drug manufacturers (see, for example, “Pharma’s ‘pay-for-delay’ deals leave American consumers footing the bill” and “Sanofi Pays Doctors to Dis Generic Version of Lovenox“).

All these tactics involve protecting innovative drugs first developed and brought to market by brand drug companies. When these drugs go off patent, generic drug companies can seek FDA approval to bring “equivalent” no-name, cheaper versions of the drug to market, and thus increase competition.

Occasionally, however, a drug company invades OTC (over-the-counter) drug company turf by obtaining new patents and exclusive marketing approval for a drug that once was OTC. I’ve posted about this before; ie, regarding LOVAZA, an FDA-approved version of OTC Omega-3 Fatty Acid Supplements (see “Drug Industry Innovation: GSK’s LOVAZA Vs. OTC Omega-3 Fatty Acid Supplements” and “Proof That Pharma Marketing Works: Lovaza sold more than $1 B in 2010!“).

Another case that recently came to my attention was COLCRYS, an FDA-approved version of colchicine, which has been available as a unbranded medicine prescribed by physicians or perhaps even “over-the-counter” without a prescription for ages — and sold cheaply. According to Wikipedia, colchicum extract was first described as a treatment for gout in De Materia Medica by Pedanius Dioscorides in the first century.

Ever since URL Pharma got FDA approval for marketing COLCRYS for treatment of gout, it has been difficult for gout sufferers to get “generic” colchicine. This may be due to FDA’s and URL Pharma’s coordinated effort to wage war against colchicine.

URL Pharma’s War against “generic” colchicine was recently in the news when it was discovered that its attorneys sent threatening letters to doctors who were prescribing “generic” colchicine. Some doctors had advocated use of a cheaper version of the drug, whose active ingredient is colchicine. In response, URL Pharma’s general counsel sent letters to several of the critics asking them to “clarify the record” and saying there were “potential risks and liability” associated with using unapproved versions (see “Pharma Company Sends Letters to Docs Who Criticized Drug Online“).

Not only doctors are complaining about this, so are patients. I recently received this letter from a reader:

“I have to write this in the dark and I can’t send it to you via the internet as the FDA, the drug companies, and the US Patent Office have me under surveillance.

“This colchicine thing is just the beginning of wiping out low price and low profit generic drugs. Preparation H could be next!

“But then something happened, and all of a sudden, colchicine became a “new” super drug, even though it’s been around since the days of the Roman Empire. It is now called Colcrys, and you can see from my May receipt that my 20% copayment under Part D was $51.43, meaning that the full price is now $257.15. Funny thing though – the Medication Guide that comes with Colcrys says that it is colchicine. Hmmm? But I don’t need Colcrys – I’ll take the generic colchicine – sorry, there is no generic – this is a new drug with the common name colchicine and when your doctor prescribes colchicine, this is what you will get whether you like it or not – what you were taking before is not recognized by the FDA and is not allowed to be prescribed and sold.

“What? It worked just fine, and it was really cheap. Can I get it over the counter, like fish oil or flax seed with chick pea cream sauce? Wouldn’t it be OK over the counter like all those other health junk pills? No? Why not?

“Did the FDA test and fail the original colchicine for some reason? Did the patent office actually issue a patent to AR Scientific for colchicine in direct conflict with the doctrine of prior art? (like giving me a patent for the invention of the wheel – there is no patent for wheels just like there was no patent for colchicine, so I think I’ll apply for a wheel patent and talk to General Motors about royalties.)

“What say you and your friends who monitor the drug industry about this event? Speaking of fish oil!

“From Tony – the leader of gout sufferers of America – we have enough pain as it is!”

What does URL Pharma have to say about this? In a statement title “COLCRYS® VS. UNAPPROVED COLCHICINE,” URL Pharma says, among other things:

“Unapproved colchicine products are sometimes incorrectly referred to as ‘generic’ colchicine. The term ‘generic’ drug means a drug that has been approved by FDA. In reality, there are no generic colchicine tablets.”

So, there is no colchicine product that is approved by FDA as a “generic.” OK, you say “generic,” I say “over-the-counter.” This is really semantics because the only REAL difference between OTC and branded colchicine is dosage form: FDA claims that COLCRYS is safer than colchicine primarily because it is a lower-dosage form and that “patients receiving the lower dose experienced significantly fewer adverse events compared to the higher dose:”

“FDA analyzed safety data for colchicine from adverse events reported to the Agency, the published literature, and company-sponsored pharmacokinetic and drug interaction studies. This analysis revealed cases of fatal colchicine toxicity reported in certain patients taking standard therapeutic doses of colchicine and concomitant medications that interact with colchicine, such as clarithromycin. These reports suggest that drug interactions affecting the gastrointestinal absorption and/or hepatic metabolism of colchicine play a central role in the development of colchicine toxicity. Data submitted supporting the safety and efficacy of Colcrys in acute gout flares demonstrated that a substantially lower dose of colchicine was as effective as the higher dose traditionally used. Moreover, patients receiving the lower dose experienced significantly fewer adverse events compared to the higher dose.” [See this Safety Alert.]

Oh, if we call the whole thing off
Then we must part and
Oh, if we ever part
That would save me MONEY!