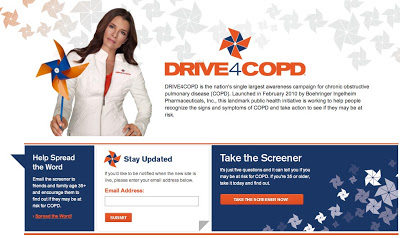 I have documented the rise and fall of several pharma celebrity spokespeople (see, for example, this list) . This past week two such celebrities made the news: Paula Deen and Danica Patrick. These are two examples of celebrities with “baggage” that may hurt the image of their pharma company partners. Paula Deen’s baggage concerns secrecy and her unrepentant recipes whereas Danica Patrick’s baggage includes swimsuit and bikini pictures and colorful language. I just imagined Paula and Danica “switching” their baggage (ewww!).

Paula Deen continues to express no regrets about delaying her announcement that she has Type 2 diabetes for nearly three years until she secured a lucrative deal as “a paid pitch person for drug maker Novo Nordisk’s new online program, Diabetes in a New Light, and for its pricy (sic) drug, Victoza, which she takes” (see USA Today article, “Paula Deen: no regrets“). She will continue to cook sugary, fattening meals as she always has done, declaring “I’m Southern by roots. I was taught (to cook) by my grandmother and nothing I can do would change that.”

However, she said that “when she begins shooting new episodes of her show this spring, the recipes will offer something for everyone, including people who want healthier recipes.”

Unfortunately, there will also be a delay before those new recipes are available because “filming and production schedules are set well in advance, it could take up to two years before those episodes are aired,” notes the USA Today article.

Meanwhile, Deen remains silent about how much she is being compensated by Novo Nordisk to be a paid spokesperson, citing an excuse as American as her own “Savannah High Apple Pie” (see recipe, which includes at least 2 and a half cups sugar, one whole stick of butter, and 2 cups butter-flavored solid shortening (recommended: Crisco)):

“Yes, I am being compensated,” she said Friday. “It’s the way of the world. It’s the American way. But I am taking a portion of that compensation and giving it back to the (American) Diabetes Association.”

Deen would not reveal what portion of her compensation she would donate to the American Diabetes Association. That too is the “American” way?

To learn more about Novo’s reasons for choosing Paula Deen as a spokesperson, I invite you to read the Pharma Marketing News article “Novo Nordisk Defends Choice of Paula Deen as Diabetes Spokesperson“. You can download this article after taking a short survey that asks two short questions:

You can Take the Survey here and see the results to date afterward as well as getting a FREE copy of the article.

That’s what Danica Patrick, spokesperson for Boehringer Ingelheim’s DRIVE4COPD™ awareness campaign said after teammate Cole Whitt “nudged” her rear in the Drive4COPD 300 race this past Saturday. Actually, Danica spoke in English, but that is what I imagine Boehringer Ingelheim executives were saying when they heard about this latest news about their “bad girl” spokesperson.

“The (expletive) 88 hit me while we were in a big pack! What the (expletive)?” Patrick screamed. ESPN has the video and audio from her in-car radio (here).

“I don’t think it’s ever great when teammates come together,” Patrick said. “So we’ll have to figure out what happened and move forward.” Patrick didn’t complain, however, in the beginning of the race when another racer, Dale Earnhardt Jr., “pushed” her to the lead position at the beginning of the race. She dropped way behind after that and grazed the wall once on her own before the second incident occurred.

Coincidentally — or maybe NOT! — the DRIVE4COPD Web site (here) is undergoing a revision (see below). I entered my email address to be “notified when the new site is live.” Will Danica still be there?

[UPDATE. 29 Feb 2012]
I was contacted by a Public Relations person at Boehringer Ingelheim Pharmaceuticals, Inc. who said:

“Just wanted to clarify an item in your recent post re pharma celebs. The DRIVE4COPD website has been “under construction” since December 28, 2011, as we work to revise it to reflect changes to the campaign going into its third year. Since 2010, Danica Patrick has helped drive education and awareness about COPD among NASCAR fans and has been a committed and passionate spokesperson for the cause due to her family’s personal connection to the disease. The status of the website has nothing to do with any specific recent events and is on track to be fully up and running by next month. “

Thanks for the update. I didn’t really think one thing had anything to do with the other 🙂

How the FDA Can Fix DTC