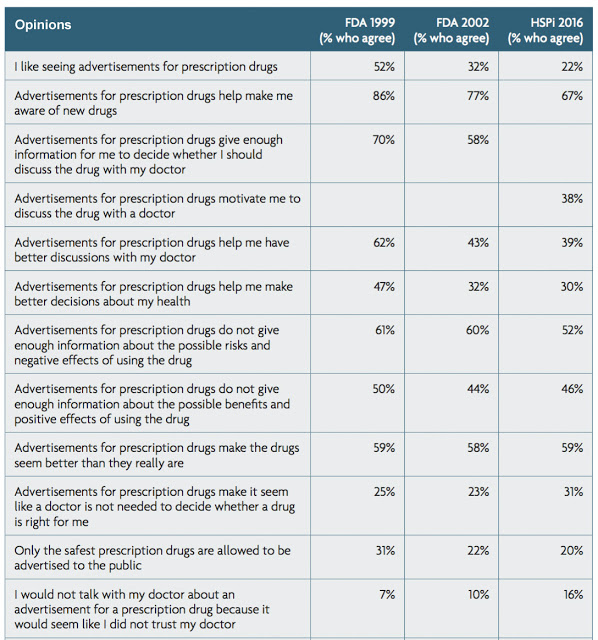 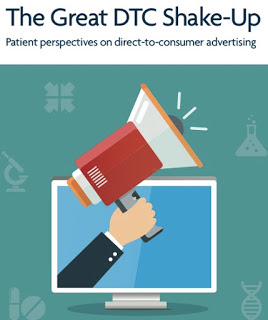 “The DTC Attitudes, Behaviors, and Preferences Survey” conducted by Health Stories Project – Insights (HSPi) and published within the eyeforpharma Whitepaper “The Great DTC Shake-Up: Patient perspectives on direct-to-consumer advertising” in partnership with Health Perspectives Groups shows that as investment in DTC increases its effectiveness is decreasing. Only 22% of patients interviewed liked seeing advertisements for prescription drugs versus 52% in 1999.

What is more, says eyeforpharma, Pharma’s approach to DTC is “decoupling from patient needs causing patients to disengage from traditional tactics. Only 39% of patients interviewed thought that advertisements for prescription drugs helped them have better discussions with [their] doctor versus 62% in 1999.”

“These worrying results,” says the report, “show that pharma is not just failing to maximize the value from this increasingly expensive investment but that the current approach to DTC is actually undermining industry efforts to reposition itself as an industry focused on patient needs.”

What are the reasons for this? Let’s look at the data first.

The report presents data from research undertaken by the Health Stories Project and compares it with earlier FDA surveys on patient attitudes towards DTC advertising.

Compare these data to the results from a “microsurvey” (N = 319) performed by InCrowd that revealed that physicians say DTC drug ads drove patients to asks three times as many questions today than they did 5 years ago, but 87% observed patient confusion with ads (read “DTC Drug Ads Are Effective, But Confusing to Patients Say Physicians“).

Not only are consumers confused by DTC ads, they are frightened by them, IMHO!

One possible reason for the reduced level of interest by consumers in DTC ads, says eyeforpharma in the whitepaper, is a “negative reaction to the use of what could be perceived as ‘scare tactics’ or shock value to garner attention in a crowded media environment.”

Pharma has a responsibility to be more tactful, says John Mack, the industry thought-leader behind the Pharma Marketing Blog “While scare tactics might be good for awareness, I’ve always thought DTC shouldn’t blame people,” he says 18
“I’m not a fan of TV ads for pharma products; they don’t depict patients accurately,” says the anonymous patient advocate, who also criticizes TV ads for communicating product information in a manner that can intimidate rather than empower the patient “Even my 93-year- old mother has commented that the side effects sound worse than the health problem the medicine is supposed to help ”

The whitepaper includes comments and opinionsof other industry leaders and pundits. Download it here.