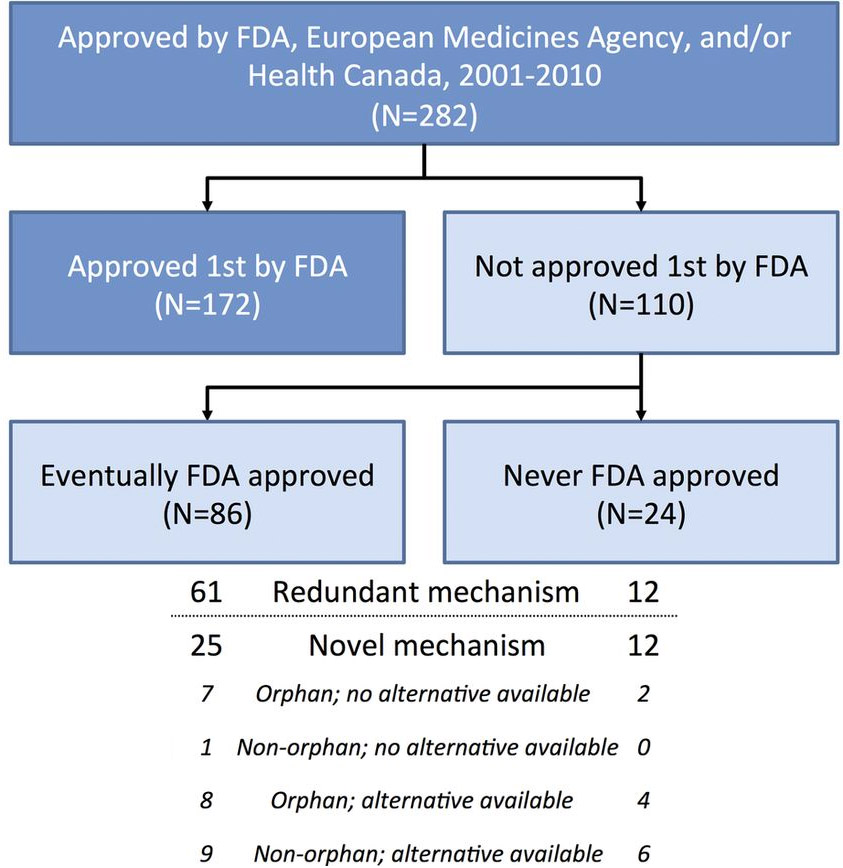 How many useful drugs are approved in the other industrialized countries, but not in the US?

Advocates of FDA deregulation have made some cogent arguments in favor of reciprocal approval (e.g., “Ted Cruz’s Best Idea for Overhauling the FDA“). Forcing the FDA to automatically green-light drugs approved in other countries could improve the agency’s efficiency and competitiveness, and there’s also an appealing logic to the argument that a drug that’s good enough for Europeans should be fine for Americans as well.

But the size of the potential clinical benefit has remained murky. One way to tackle these questions is to retrospectively study measure the effect if reciprocal approval had already been in place. 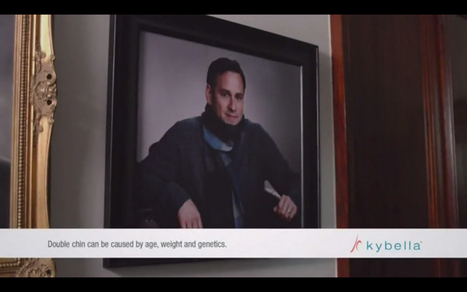 Much More Kybella TV DTC Advertising on the Way

Allergan plans to increase its investment in DTC for its chin-fat reducing injection, Kybella, to “an even higher level,” after the drug’s sales [took it on the chin] at the end of 2016.

Allergan’s consumer-oriented promotional efforts for Kybella included a live event in March with Khloé Kardashian (read “Khloé Kardashian Shills for Kybella at Dermatologists’ Offices & Soon on TV“). The company also launched two DTC ad spots in August: one called Ancestors, in which a man laments the double chin he inherited from his otherwise distinguished ancestors (read “Kybella Double Chin TV Ad: Are the BEFORE & AFTER Photos REALLY Unretouched as Claimed?“), and Adra’s Portrait in Action, which tells a near-identical story, but with a woman narrating.

Brent Saunders, the company’s CEO, affirmed the company’s confidence in direct-to-consumer advertising during the same investor call, “We spend the second most on DTC,” he said. For the data on that, see here. 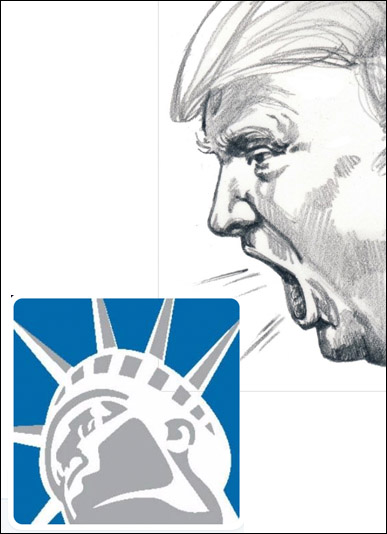 Public Citizen, the Natural Resources Defense Council (NRDC) and the Communications Workers of America sued the Trump administration today to block an executive order signed by President Donald Trump on Jan. 30 that directs federal agencies to repeal two federal regulations for every new rule they issue.

“No one thinking sensibly about how to set rules for health, safety, the environment and the economy would ever adopt the Trump Executive Order approach – unless their only goal was to confer enormous benefits on big business,” Public Citizen President Robert Weissman said. “If implemented, the order would result in lasting damage to our government’s ability to save lives, protect our environment, police Wall Street, keep consumers safe and fight discrimination. By irrationally directing agencies to consider costs but not benefits of new rules, it would fundamentally change our government’s role from one of protecting the public to protecting corporate profits.”

The March for Science is a celebration of our passion for science and a call to support and safeguard the scientific community. Recent policy changes have caused heightened worry among scientists, and the incredible and immediate outpouring of support has made clear that these concerns are also shared by hundreds of thousands of people around the world. The mischaracterization of science as a partisan issue, which has given policymakers permission to reject overwhelming evidence, is a critical and urgent matter. It is time for people who support scientific research and evidence-based policies to take a public stand and be counted.

Science is often an arduous process, but it is also thrilling (read “PhRMA’s Dark Inspirational Video Starts a 6-Month Offensive: ‘Less Hoodies, More White Coats’“). A universal human curiosity and dogged persistence is the greatest hope for the future. This movement cannot and will not end with a march. Our plans for policy change and community outreach will start with marches worldwide and a teach-in at the National Mall, but it is imperative that we continue to celebrate and defend science at all levels – from local schools to federal agencies – throughout the world.

Satellite Marches are solidarity events inspired by the March for Science, and organized independently by volunteers around the world. If you can’t make it to Washington, D.C. then you can join or host a Satellite March near you. We encourage everyone to follow to local organizers to stay updated, and reach out if you want to help!

The Year That Was and That Will Be, FDA Actions, DTC...