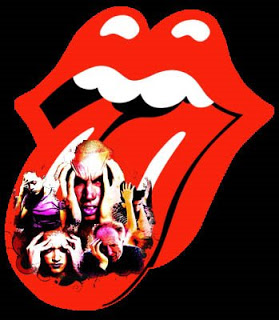 Although the drug industry has not been able to develop financially-successful products to tackle obesity directly, there are other conditions triggered by obesity — eg, diabetes — that pharma is having some success developing new drugs to treat.

The next big boon for pharmaceutical marketers will be in the mental health field. But in this case, there is virtually no worry about effectiveness because (1) there are no biological tests to support mental illness diagnoses, and (2) changes are in the works that will create many new mental illness diagnoses for which there are no biological tests to substantiate.

According to an editorial by Dr. Allen Frances, the chairman of the committee that created the current version of the the DSM (DSM-IV, psychiatry’s diagnostic manual), drug marketers are eagerly awaiting the publication of DSM-V, changes in which will lead to many new “epidemics” (see “A Warning Sign on the Road to DSM‐5: Beware of its Unintended Consequences“).

“The sudden increase in the diagnosis of autistic disorder, attention‐deficit/hyperactivity disorder, and bipolar disorder may in part reflect changes made in the DSM‐IV definitions,” says Frances. “The crucial lesson here is that even careful field testing is never completely accurate in predicting what will happen when the system is eventually used in the actual field. This issue becomes particularly poignant when one considers the great and skillful pressure that is likely to be applied by the pharmaceutical industry after the publication of DSM‐5. It has to be assumed that they will attempt to identify every change that could conceivably lead to a marketing advantage‐often in ways that will not have occurred to the DSM‐5 Task Force. In order to promote drug sales, the companies may well sponsor expensive ‘education’ campaigns focusing on the diagnostic changes that most enhance the rate of diagnosis for those disorders that will lead to the increased writing of prescriptions. It should, therefore, be no surprise if there are many new ‘epidemics’ based on changes in DSM‐V.”

DSM-V is adding a new “pre‐psychotic” category for individuals supposedly at high risk for later developing a psychotic disorder.

“This is a drug company’s dream come true,” says Frances. “Pre‐psychotic” diagnoses “would inevitably also capture an overwhelmingly large group of false positives who would never go on to have a psychotic illness. They would nonetheless be exposed to the stigma of having a pre‐psychotic diagnosis and would be overmedicated. Similarly, wouldn’t it be nice to diagnose and treat early cognitive failure before it becomes dementia? But then almost everyone over sixty might qualify to receive a probably useless, but highly promoted treatment.”

Pre-psychotic is the new obesity!

Thanks to My Twitter Pals I Donate $50 to Nothing But...