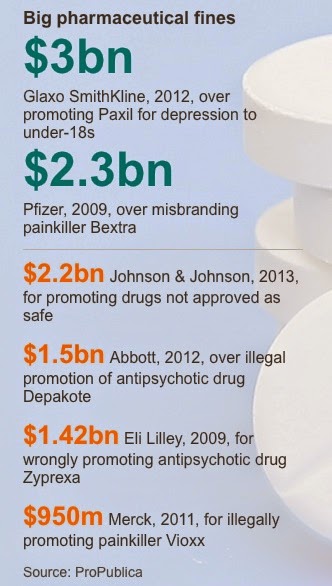 Data from Forbes for 2013 document that the profit margins of banks and pharmaceutical companies ranked the highest (see here). Both industries have outlying margins (around 20%) and also outlying settlements with governments for violating marketing and other business-related laws (see chart on left).

In November, 2014, BBC reported that in 2013, US giant Pfizer, the world’s largest drug company by pharmaceutical revenue, made an “eye-watering 42% profit margin.”

The evidence shows that many drug companies spend far more on marketing drugs – in some cases twice as much – than on developing them. It’s deja vu all over again in the ongoing debate of R&D spending vs. promotional spending. See a critique of the numbers here.

In any case, I was more interested in seeing if there was a positive correlation between pharma profits and marketing and/or research and development spending. So I prepared the following chart from the data. 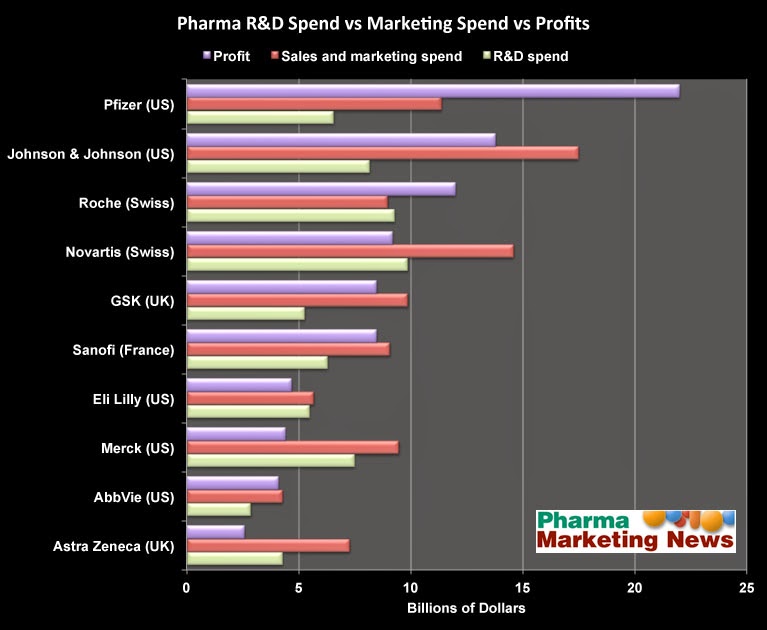 In this chart, the companies are arranged with the highest profits ($bn) on top and the lowest on the bottom.

“You Never Had Coffee Like This Before!”: FDA Wants to Keep...