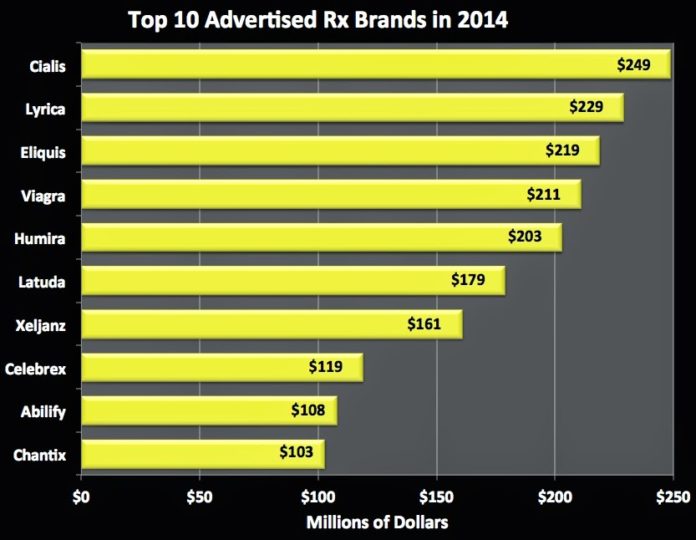 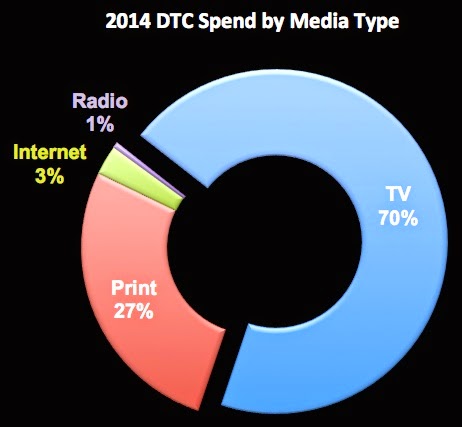 Ever since the U.S. allowed direct-to-consumer (DTC) advertising, a majority of the ad dollars were spent on TV, which made sense in past years because that’s where the “target” audience spent most of its media consumption hours.

But wait! 2014 appears to be exceptional in that it saw the highest percentage spent on TV since at least 2001.

I plotted the data to illustrate the trend. 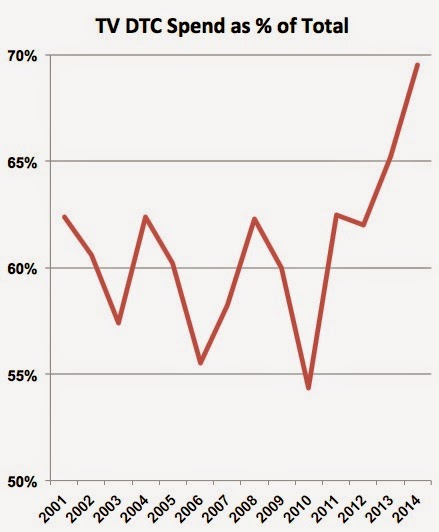 This seems counter-intuitive looking at it from a purely media channel point of view. After all, Americans are spending less and less time watching TV (read “Pharma DTC Advertising Spend vs. Time Consumers Spend in Various Media“).

But older Americans probably watch TV as much as ever and many of the top 10 advertised drugs treat conditions, such as erectile dysfunction, that affect mostly oldsters.

Pfizer accounts for about 30% of the total DTC ad spend and its current and future focus seems to be on “Getting Old” (read “Pfizer’s Social Media Initiatives are Getting Old“).

With so much being spent on TV DTC ads, it’s no wonder the drug industry wants to improve the effectiveness of these ads by “glossing over” the fair balance/side effect information (read “How to Gloss Over Warnings in TV DTC Ads“). Waste not, want not!

The following chart shows the TOP 10 advertised Rx brands in 2014. Getting old sucks!